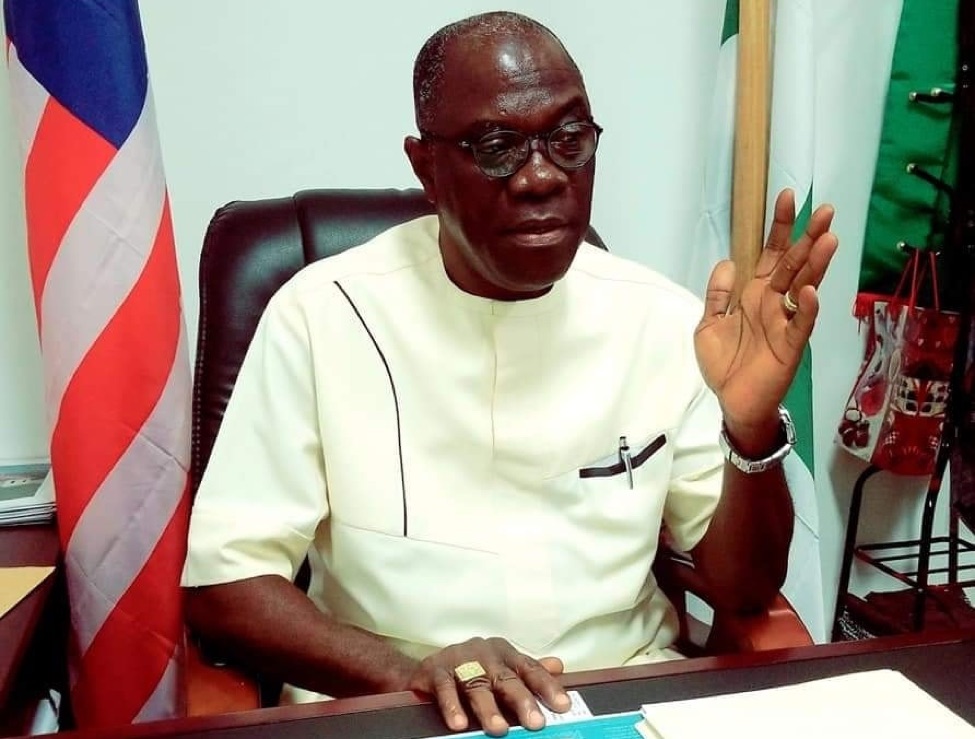 BUCHANAN, Grand Bassa â€“ Sen. Milton Teahjay of Sinoe says he wants a soon-to-be-drafted electoral reform bill to clearly address the issue of the National Elections Commission having to conduct votersâ€™ registration for each election.

Teahjay made his comments during a meeting held by lawmakers last week in Buchanan to begin crafting an electoral reform bill.

â€œFrom the side of the Senate, we believe that the idea of voter registration repeatedly [held] every year or every electioneering period is very costly,â€ Teahjay said. â€œJust as we are about to go to the 2020 senatorial election, you will see that it is very costly. So, the government, under the administration of President [Ellen Johnson] Sirleaf, instituted the National Identification Registry to conduct the nationwide documentation of citizens.â€

Teahjay said the ID registry could document every citizen and avoid the National Elections Commission having to conduct a rigorous voter registration drive every election year.

Teahjay noted that using the ID registry would prevent the disenfranchisement of younger voters who turn eligible for voting after the voter registration drive.

â€œIf you are a part of the National Identification Registry, no matter how small or young you are, your data is captured in there,â€ he said. â€œSo when it is time to vote, automatically, your age will be reflected in the national database that you are now of the age of 18 to vote. But in the absence of that, every individual goes to an election registrar and says I am 18-year-old, maybe they just 13-year-old and they may have been blessed with a physical appearance.â€

He said the National Identification Registry has an important role to play in the transformation of the elections laws of the country as it is being anticipated in the electoral reform law.

During a stakeholdersâ€™ dialogue organized in December 2018 by the Elections Coordinating Committee, a consortium of civil society organizations covering elections in the country, representatives of political parties collectively identified adopting a biometric voter registration as the greatest need for restoring credibility and confidence in future elections.

The 23 political parties (excluding the governing coalition) emphasized that priority be placed on the adoption of a biometric voter registration system to improve future elections because according to them, the controversy over the 2017 voter roll hung a cloud over the credibility of the entire process.

Virtually all stakeholders during the 2017 elections recognized the need for a change to the voter registration system to ensure it is no longer plagued with issues observed during the 2017 elections. While influential journalists who covered the elections called for the National Elections Commission to fix its issues, all major international observer missions had recommended the adoption of theÂ nascent National Identification RegistryÂ for NEC to use in obtaining its voter roll.

The European Unionâ€™s observer mission emphasized the need for this system to be passive as a means of â€œenhancing participation in elections and addressing uncertainties inherent to active voter registration.â€

With the current system, NEC sets a limited period before each election for voters to register. Unlike with the national ID cards, current voter registration cards are handwritten, and individualsâ€™ biometrics are not captured and stored electronically. Moreover, because of the limited timeframe, and because of the manual nature of the work to create the voter ID cards, there is a higher chance for errors or mistakes. It is also easier to forge the cards.

Blamo Nelson, the United People Partyâ€™s co-chair for planning and strategy, agreed that the 2017 voter roll formed the foundation for litigations that caused the delays in the runoff presidential election. He said the UPP is also calling for a biometric voter registration using the National ID Registry in future elections. Nelson said the registry would also address voter trucking, as people would be made to vote where they reside.

However, NECâ€™s chairman, Jerome Korkoya, said the national registry would not be appropriate for future elections because it has not yet been tested in any exercise. The 2020 senatorial elections are less than two years away and there are no announced plans to begin testing using the registryâ€™s data.

Instead, Korkoya said the problem with the voter roll in the 2017 elections was the slow procurement of elections materials for voter registration, which contributed to the challenges in achieving a synchronized voter roll. He called for financial autonomy for NEC, which he said would prevent such logistical challenges in future elections.

In addition to Sen. Teahjayâ€™s statement, Rep. Edward Karfiah of Bongâ€™s fifth district also drew attention to the issue of voter trucking and called for lawmakers to address the phenomenon in the electoral reform bill.

He noted that citizens across the country have voiced out their discontent about people being trucked from one part of the country to another to vote.

â€œI listened to the John Kollie show from River Cess. People are concerned that we used them and their voices have not been heard,â€ Karfiah said. â€œA lady who is physically challenged was saying, â€˜We have elections during the rainy season. I am not able to leave from here and go [vote] because of the river and they bring people from Monrovia to register here and vote on our behalf and they elect people who sometimes are not responsible to us. We donâ€™t see them.â€™ How do we mitigate such? We can no longer ignore trucking. That is a serious and pertinent issue.â€

If the National Legislature does not find a solution to voter trucking, Karfiah predicts it will be a problem for future elections.

â€œThose are issues that are affecting us and if we do not do something about it, I think is a problem because democracy is only good when it truly represents the views and aspirations of the people, and the issue of trucking for me is a serious issue,â€ he said.