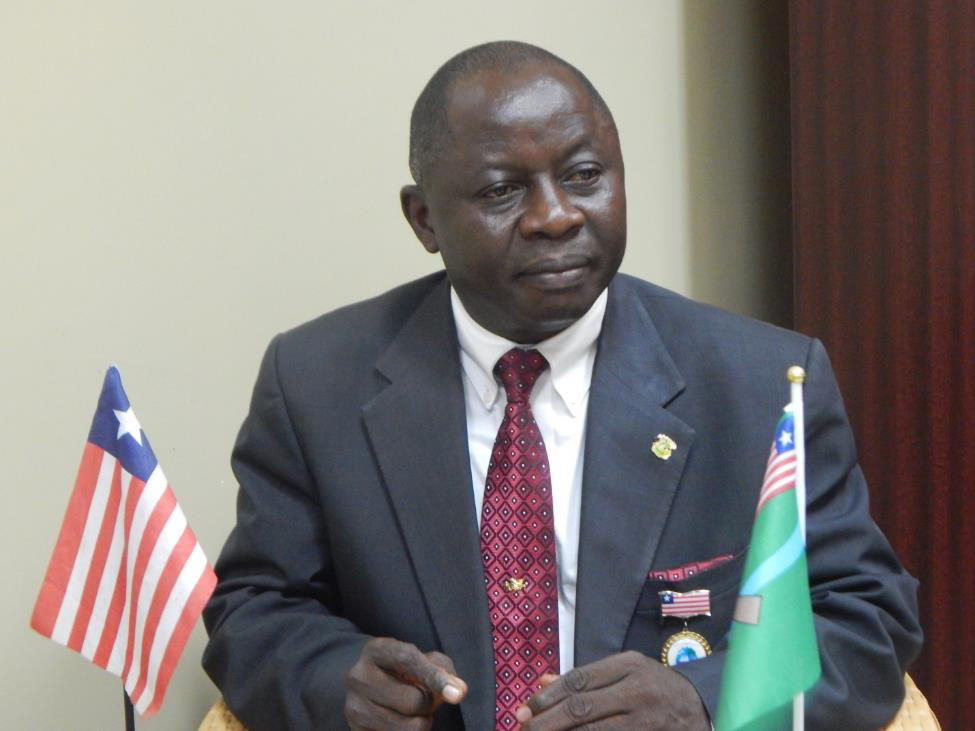 MONROVIA, Montserrado â€“ Lofaâ€™s Sen. George Tengbeh has expressed disappointment in President Ellen Johnson Sirleaf for allowing a member of the opposition to break grounds for the construction of the Gbarnga-Konia road.

Recently, the Coalition for Democratic for Changeâ€™s George Weah was seen with a shovel breaking grounds for the construction of the Gbarnga-Konia road with the president. The act raised questions about why Weah and his running mate, Jewel Howard Taylor, attended the ceremony in the middle of the runoff election campaigning period.

The first phase of construction was from Gbarnga to Salayea but was later extended to Konia.

Tengbeh said during the 2005 elections campaigning period, Sirleaf, after selecting Joseph N. Boakai as her running mate, proceeded to Lofa and promised the people that if elected, she would pave the Gbarnga-Menikorma road.

In response, he said, â€œLofa citizens overwhelmingly voted Sirleaf as standard bearer of the Unity Party.â€

Tengbeh explained that Sirleaf reiterated her campaign promise in 2011 to the people of Lofa, which he said was never fulfilled.

â€œWe visited Sirleaf on numerous occasions concerning the Gbarnga-Menikorma road and were assured that the road will be paved,â€ the Lofa senator added. As representatives of Lofa, Tengbeh said he and other lawmakers from the county frequently receive questions about the road being paved.

He said during one of several feasibility studies on the road, the Ministry of Public Works and the Executive Mansion communicated and invited the legislative caucuses from both Bong and Lofa.

â€œI expected the same to be done with the groundbreaking ceremony, which was not the case,â€ he said. â€œI am not even sure if the colleagues from the Bong caucus were invited.â€

â€œMoore did not answer but rather texted and said he was in a meeting and will get back to me later, which he did not,â€ Tengbeh said.

On Thursday, December 21, during the groundbreaking ceremony, Tengbeh said he learned from social media that Weah had played a major role in the program, which prompted phone calls from chiefs, traditional leaders, and ordinary citizens.

â€œTo my disappointment and hundreds of citizens of Lofa, the big question to Sirleaf is: Is this the payback she has for us after supporting her for 12 years and in the midst of rumors that she is not supporting Boakai, who hails from the county?â€ Tengbeh said.

He said the governmentâ€™s failure to pave the road was used by opposition political parties to campaign against Boakai during the 2017 elections.

â€œThe people of Lofa did not dream that such would happen to them,â€ he added.

Despite the unfortunate occurrence, Tengbeh said Sirleafâ€™s deeds would still be a plus for the people of Lofa.

â€œSirleaf meant evil, but God meant good for the people of Lofa,â€ he emphasized. â€œIn my mind, the action of Sirleaf is calculated, intentional and meant to campaign for the CDC.â€

Tengbeh further said that it is under the administration of Boakai that the road will be built, predicting a Boakai victory in the runoff election.

When The Bush Chicken contacted the public works minister on whether the legislative caucuses of Bong and Lofa were invited to the ceremony, Moore said the invitation did not come from his office. â€œThe Minister of Public Works does not personally send out invitations,â€ Moore noted.

According to him, the chair on the Senate Committee on Public Works were both invited, along with some government officials.

When quizzed as to whether it was right not to invite the two county caucuses to the ceremony, Moore said it was not his role to decide what is right or wrong, with regards to what happened at the groundbreaking ceremony.

â€œThis thing is finished,â€ he said. â€œAs a matter of fact I should not be having this discussion with you on whether it was right or wrong and I donâ€™t care â€“ thatâ€™s water under the bridge.â€