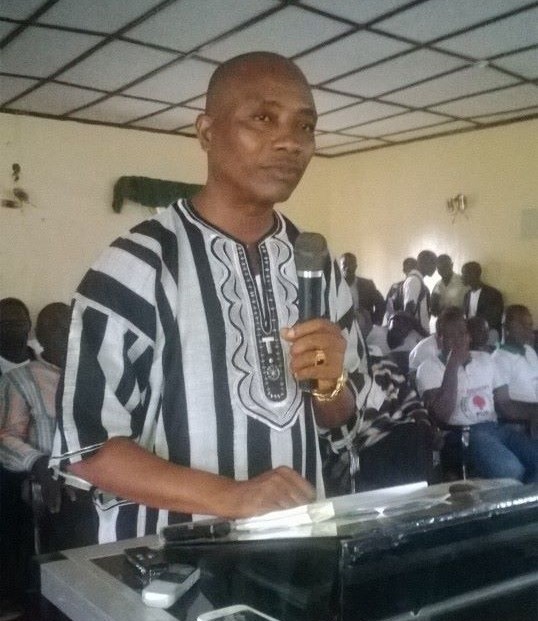 HARBEL, Margibi â€“ Amid the release of IREDDâ€™s 2015 legislative performance report which scored Margibiâ€™s Senator Jim Tornonlah poorly in plenary participation, the senatorâ€™s office has declined to state a date when the senator will make a constituency report to citizens of the county.

Although the report is not required by any law, it is a tradition that some lawmakers follow to brief their constituents on their accomplishments and activities in the legislature.

He said Tornonlah has spent only one year in office and as such, pressure coming from some Margibians for the senator to make report is not realistic.

Calls have increased from citizens of Margibi for Tornonlah to report to them on his activities at the national legislature.

Tornonlah replaced Clarice Jah after being elected during the 2014 Special Senatorial Election.

His induction to the Senate was delayed for about four months because of a stay order issued by the Supreme Court following complaints of vote rigging.

Saah Richard Gbollie of the National Patriotic Party and Dao Ansu Sonii of the Congress For Democratic Change, who both contested in the 2014 election, alleged that the election in Margibi was marked by fraud and malpractices.

Gbollie and Sonii later dropped their case against the National Elections Commission.

Tornonlah has recently come under even more criticism following the release of the 2015 legislative performance report from the Institute for Research and Democratic Development.

The report categorized Tornonlah as one of the poorest performing senators in plenary.

At discussions on radio and social media, some citizens have expressed disappointment in the senatorâ€™s performance while other say they are not surprised.

Bobby Zinnah, a youth in Harbel, said Tornonlah has proven his prediction right.

â€œThe senator has just confirmed my earlier argument that he would not do better,â€ Zinnah said.

â€œWe told the Margibians that Rev. Dr. Jim W. Tornonlah is politically inept; he doesn’t understand political rudimentary approach because throughout his theological career pursuit, he cannot retrospect a day where he ever part took into elementary politics,â€ said Reagan Tambah, another citizen of Margibi.

He added, â€œWe raised that red flag the 2014 special senator election, yet it was ignored by the people who claimed that he is a religious man, coupled with his professed degrees.â€

Tornonlah holds two online Doctorate Degrees in Theology and Educational Administration. Prior to his election, he operated the Trinity Bible College and School of Business in Harbel.

For Tambah, the report is not a surprise because it was a result that he long anticipated.

â€œFrankly, we cannot shift blame on Senator Tornonlah, rather those who portrayed his fake aspirations,â€ he concluded.

Meanwhile, George Wleh has called on citizens of Margibi to correct the mistake of wrongly putting people to leadership positions by voting wisely next time.

â€œIt is so appalling to the people of Margibi for Dr. Tornonlahâ€™s poor showing at the legislature in term of legislative debates, which is a statutory responsibility of lawmakers,â€ he added.