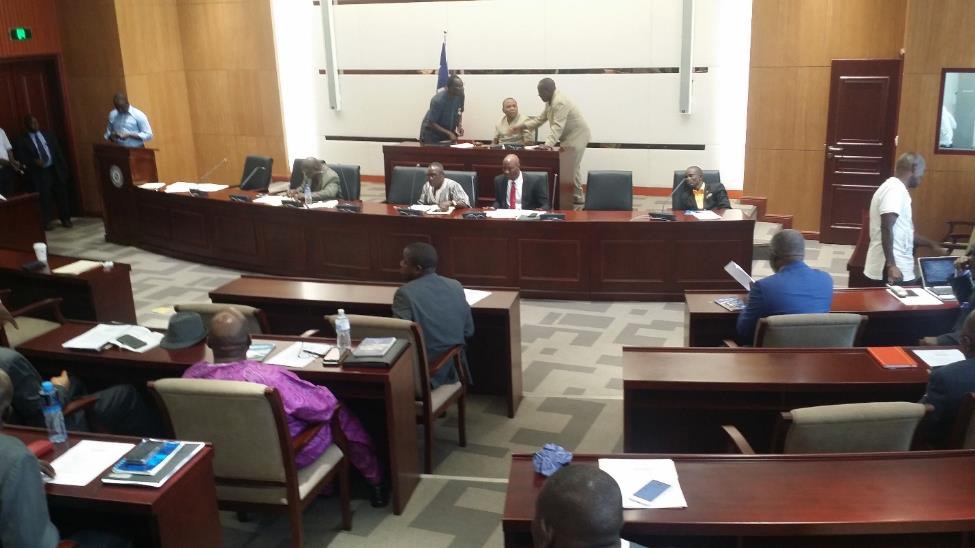 The bill was passed Thursday despite opposition from some senators. Margibiâ€™s Senator Oscar Cooper, Nimbaâ€™s Senator Prince Johnson, and Senators Sando Johnson and Gbleh-bo Brown of Bomi and Maryland, respectively, walked out of session and refused to vote on the bill because the said the bill was not debated.

Brown who said he was disappointed over the manner in which the bill was passed, described as â€œdisgustingâ€ the passage of a 25-year mineral agreement without a debate on the floor.

â€œI have never seen any committee report pass like this in the Liberian Senate. This is the fastest report I have ever seen passed in the Senate. This report is going to go down in the Guinness Book of Records,â€ he said.

â€œI am really disappointed and surprised in the process [and] particularly disgusted in those that signed the report on the basis of â€˜yea, nayâ€™ votes, knowing fully well [that] the agreement is for 25 years and covers four counties. As senators, we should not be passing laws in this manner and form.â€

He stressed that the bill needed to be discussed to ensure that it conforms to the newly passed Land Rights Act. Additionally, he said lawmakers needed to understand the changes made by the president to the bill after he vetoed the original agreement earlier in 2018.

Senator Johnson of Bomi also said the Senate proceeded wrongly and expressed fear that they might not be taken seriously by the public. He also expressed disappointment over the manner in which the bill was passed. He said it would have been good to debate the document in public for the â€œordinary Liberians to know what is happening here at the Senate.â€

The four senators also argued that the bill was already sent to the Senate Committees on Land Mines and Energy and Natural Resources to report back to plenary on their findings. They wondered how the bill appeared on Thursdayâ€™s agenda for passage when they were busy with the impeachment trial of Associate Justice Kabineh Jaâ€™neh.

Prior to the votes to pass the agreement, the joint committee chaired by Lofaâ€™s Senator George Tengbeh presented its report recommending that the agreement is ratified.

The Hummingbird mineral development agreement was signed in January 2019, after President George Weah vetoed a bill from the Senate to ratify the agreement in July 2018 on grounds that the agreement required an adjustment in two parts in order to bring a protracted benefit with mutual balance for each of the comparing parties.

The bill will now be sent to the House of Representatives for concurrence. Following concurrence by the Lower House, the agreement will be signed by the president and will yield US$250 million in direct investment to the country. It will also see the development of the largest gold mine in the southeast of the country as the first major direct investment secured by George Weahâ€™s administration.