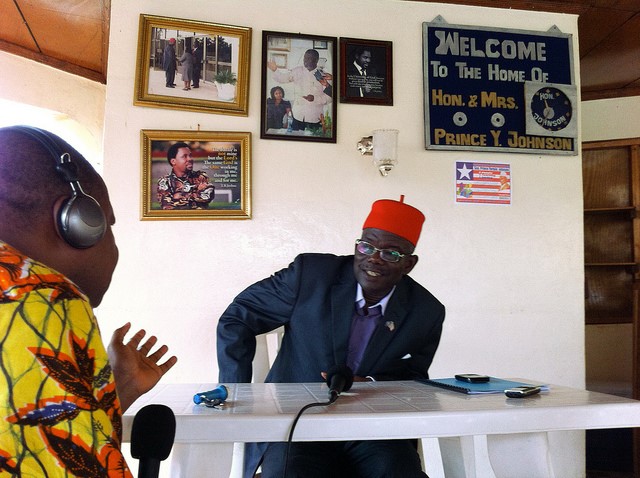 GANTA, Nimba â€“ Senator Prince Yormie Johnson of Nimba County has responded to reports that he invited the Central Bank of Liberia Governor J. Mills Jones to Nimba to discuss a future merger for the upcoming 2017 elections.

Speaking at a press conference in Ganta last weekend, Johnson said it was unfortunate that the state radio ELBC misinformed Liberians about the true nature of the governorâ€™s visit.

He said the purpose of the press conference was â€œto let the people of Ganta and Nimba know through your media that the true purpose of Governor Jonesâ€™ visit is non-political but economical.â€

Johnson stressed that the CBL governor’s visit to Nimba had been misunderstood, miscalculated and misrepresented to the people of Liberia.

â€œThey are transmitting whatever they think to the people of this county through the state radio,â€ he added.

Johnson informed the press that the governorâ€™s visit to Nimba was based on the economic empowerment initiatives he had implemented a few years ago. The senator mentioned the establishment of the Rural Community Banks in Karnplay and Sanniquellie as examples of such initiatives.

â€œTo be clear, Governor Jones and I came to be a part of the dedication ceremony, and not to come to discuss political issues,â€ Â Johnson added.

Johnson has proven to be one of the most formidable candidates in Liberiaâ€™s presidential elections. He placed third in the 2011 elections with 11.6% of the vote, with his support for President Ellen Johnson Sirleaf being key in her second round victory.