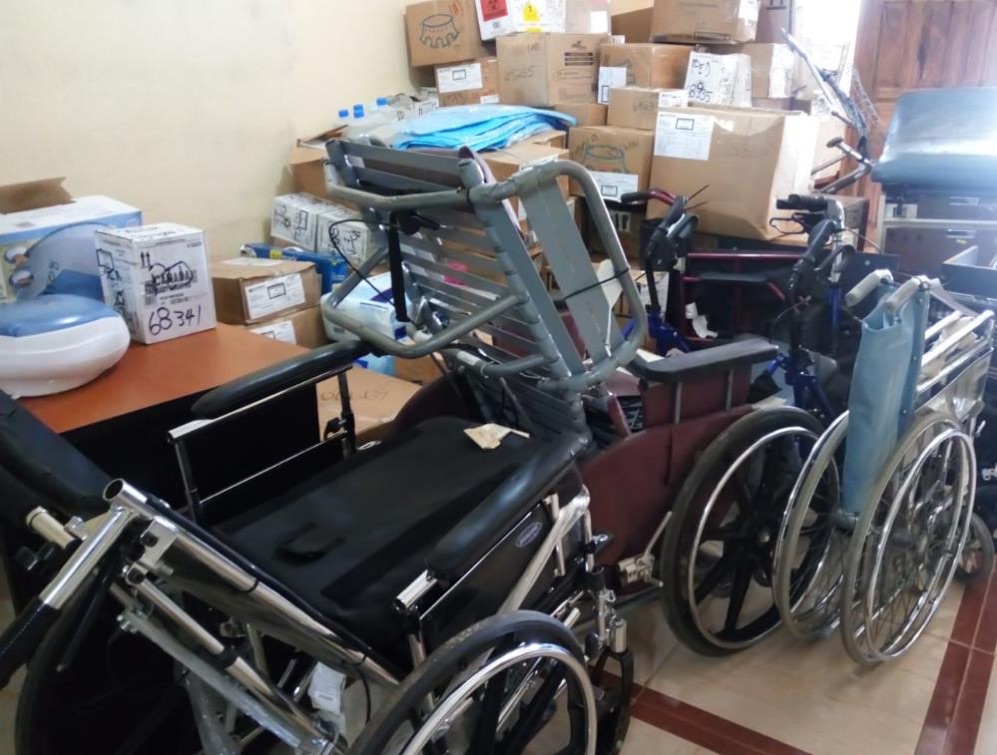 Kaipay presented the medical supplies on June 19 to the superintendent of Grand Bassa, Janjay Baikpeh, who in turn presented them to the county health officer, Dr. Anthony Tucker.

The Grand Bassa senator, who estimated the cost of the supplies at US$15,000 including shipping and clearing, said he had lobbied with partners to provide the supplies in order to strengthen the countyâ€™s health system.

The items included surgical gowns and masks, syringes, bandages, urinary catheters, wheelchairs, and other items. There were no drugs included as part of the donation.

Kaipay said he had asked Liberiaâ€™s chief medical officer, Dr. Francis Katteh, to examine the supplies to ensure that they were adequate for use in Liberia.

He said he hoped health facilities such as the newly dedicated Gorblee Health Center in Wayzohn and Senyah Clinic could receive some of the supplies.

Superintendent Baikpeh, who is also the board chair of Grand Bassa County Health System, thanked Kaipay for his persistent support to the countyâ€™s health sector.

â€œWe want to appreciate you and your partners for thinking about Grand Bassa County,â€ he said. â€œWe know that there are challenges. We are going to make sure that the assorted medical supplies will be used for the intended purpose.â€

Baikpeh recalled that Kaipay had provided a generator to the Liberian Government Hospital in Buchanan when it gutted by fire in April 2018 and also helped to build other health centers and clinics across the country when he was the director at the Department of Community Services of the Liberia Annual Conference of the United Methodist Church.

Tucker, the county health officer, thanked Kaipay for his contributions to the health sector at a time when the county desperately needed medical supplies.

â€œYou have come at another time that is also troubling again at the Liberian Government Hospital,â€ Tucker said.

â€œWe want to assure you that they are going to be used for the intended purpose. We are going to ensure that every health facility in Grand Bassa is going to benefit from the supplies.â€

However, Tucker cautioned citizens not to assume that the donations were medications: â€œThese are not tablets; these are not injectable so that you donâ€™t go to the hospital and complain.â€