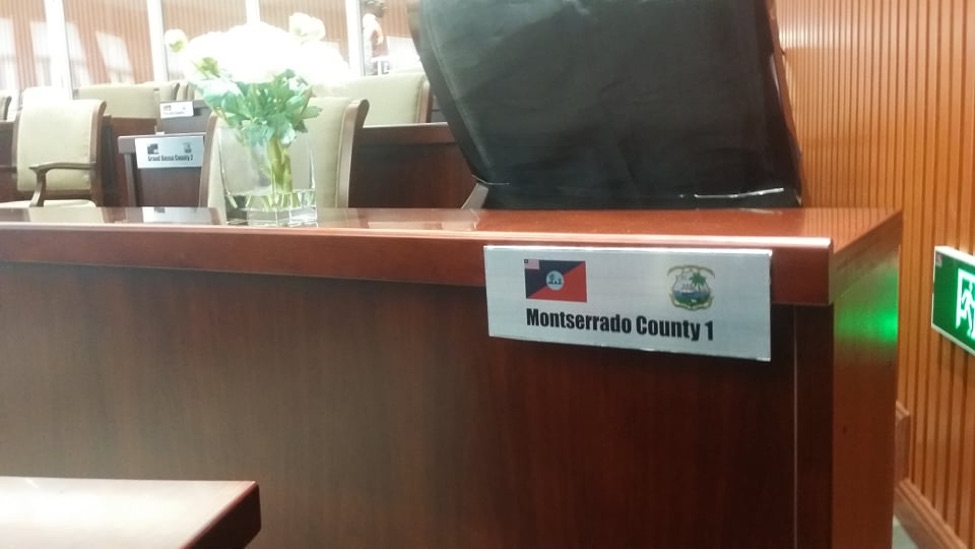 MONROVIA, Montserrado â€“ The Liberian Senate on Tuesday cut short its official plenary session to pay tribute to one of its members, Sen. Geraldine Doe-Sheriff of Montserrado, who died on Saturday, February 9 in Accra, Ghana.

Members of the Senate described the death of their fallen colleague as a great loss to the Senate in particularly and the country at large.

Some members of the Senate, including Grand Bassaâ€™s Senator Nyonblee Karnga-Lawrence and Grand Cape Mountâ€™s Senator Varney Sherman were teary-eyed.

Senate Pro Tempore Albert Chie, reading the official message confirmed the death of the fallen senator said it was with a heavy heart that he made the pronouncement.

â€œI want to confirm the death of our fallen senator and with heavy heart announce the death of Senator Geraldine Doe-Sheriff, commonly known as â€˜Lady Zico.â€™ She was a floor fighter, an organizer, and a servant who was always courageous in pushing national issue at the Liberia Senate,â€ Chie said.

Sen. Karnga-Lawrence laid a flower on the desk of the fallen lawmaker and turned her seat over to indicate her passing.

Following the brief reflection, members of the Senate visited the home of the late senator where family members were gathered and paid tributes.

Senators Alphonso Gaye and Peter Coleman of Grand Gedeh and Grand Kru counties told legislative reporters that the late senator was a unifier who was vocal on issues of national concern.

Despite an earlier FrontPageAfrica article stating that the senator died of cancer, her security advisor denied the report. Isaac Kamara did not provide any probable cause of death but said the senator did not die of cancer.

Doe-Sheriff had won the Montserrado senatorial seat in 2009 after it became vacant following the death Sen. Hannah Brent. Then, she ran as a member of the Congress for Democratic Change, the same party as Brentâ€™s.

Prior to her demise, Doe-Sheriff was a vocal member of the legislature and chaired the Senateâ€™s Committee on Transport and co-chaired the Committee on Commerce, Trade, and Industry.

In May 2014, as chairman of the Congress for Democratic Change, the late senator announced that she was quitting the party.