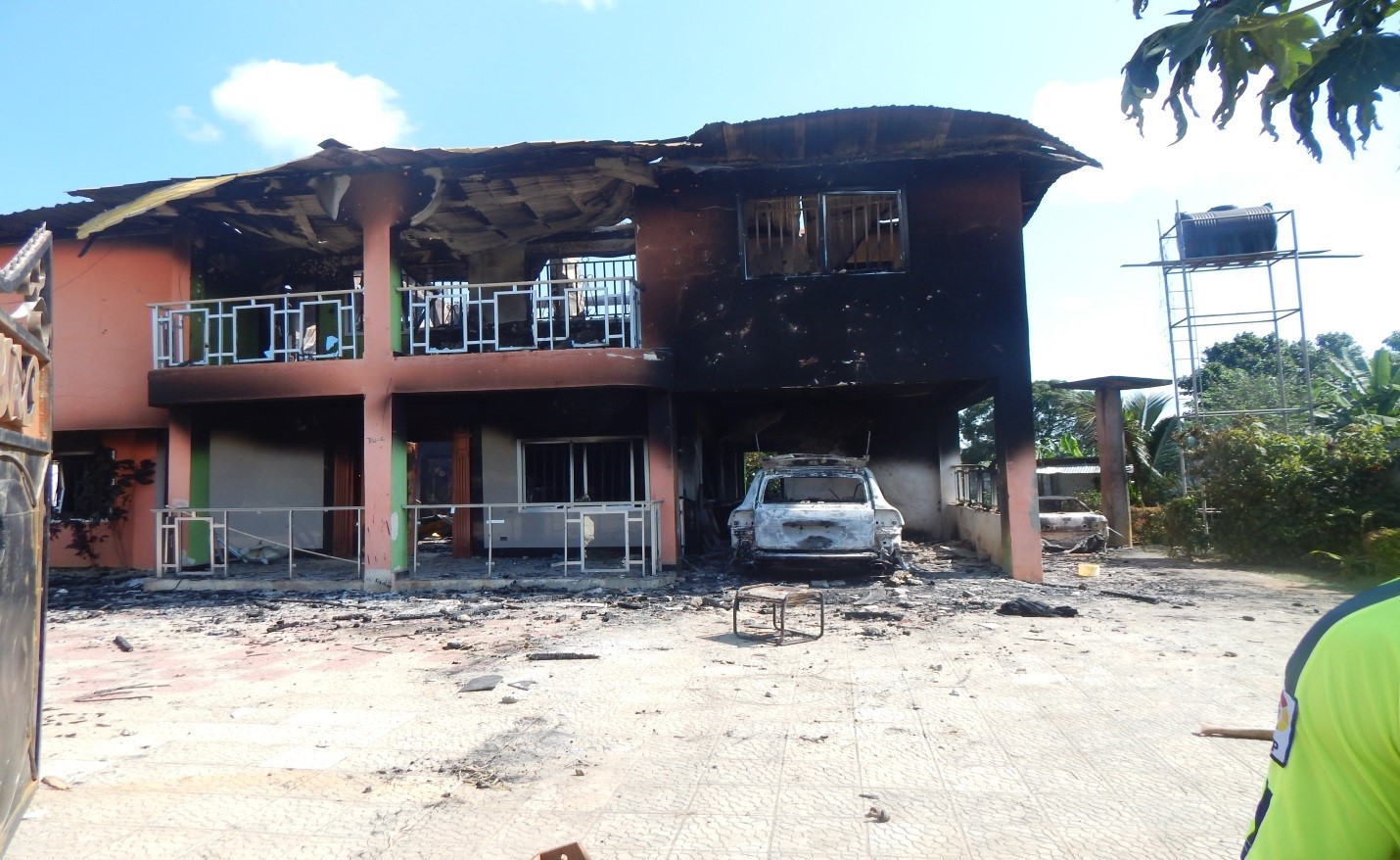 GANTA, Nimba â€“ September 30 marked one year since Ganta came to a standstill for more than three hours due to mob violence.

Dozens of motorcyclists, market women, and other residents of Ganta took to the streets to protest the death of a commercial motorcyclist who was found murdered in the early morning hours along the Methodist Football Field in Ganta.

The uprising resulted in the loss of lives and destruction of propertiesÂ owned by businessman Prince Howard andÂ worth US$2 million.

Howard was implicated in the incident when one of the alleged perpetrators, coerced by an angry mob to reveal the name of his master, voiced the name of the businessman.

In a statement to the crowd that was aired live on radio, the perpetrator claimed that Howard had sent him and two others to â€œbring one mineral bottle of blood for him,â€ alluding to a ritualistic sacrifice. That incited the crowd to rush to Howardâ€™s home and set it ablaze.

Howardâ€™s Avino Hotel on the Guinea Road in the Congo Community was also set ablaze by the angry protesters. During a press conference at the Avino Hotel in GantaÂ this past Friday, Howard said he cannot allow a day to pass him by without retelling his experience.

â€œToday is the 30thÂ of September, since the Avino Hotel, the giant and gateway to hospitality in Nimba County, experienced a dire situation in Ganta,â€ Howard reflected.

â€œThis situation created a gap in business; a great setback, thereby creating unemployment for those who were employed with the institution,â€ he added.

Howard described those involved in the September 30th uprising that saw his properties damaged as â€œlawless individuals.â€

He told reporters that he was using the media to thank God for giving him a resilient spirit to overcome those moments of setback he experienced in life.

He added, â€œI want to again thank God for everything. Because I know that everything happened for its own reason.â€

According to Howard, the major purpose of his press conference was to appeal to the government of Liberia, the business community of Nimba, and Ganta residents in general, that mob violence is a violation of human rights that needs to be done away with in modern societies.

He said in a modern Liberian society, Liberians must think creatively and act creatively to better living conditions for all persons. Howard added that if Nimba or Liberia were to progress, certain â€˜bad virusesâ€™ need to be removed from the society.