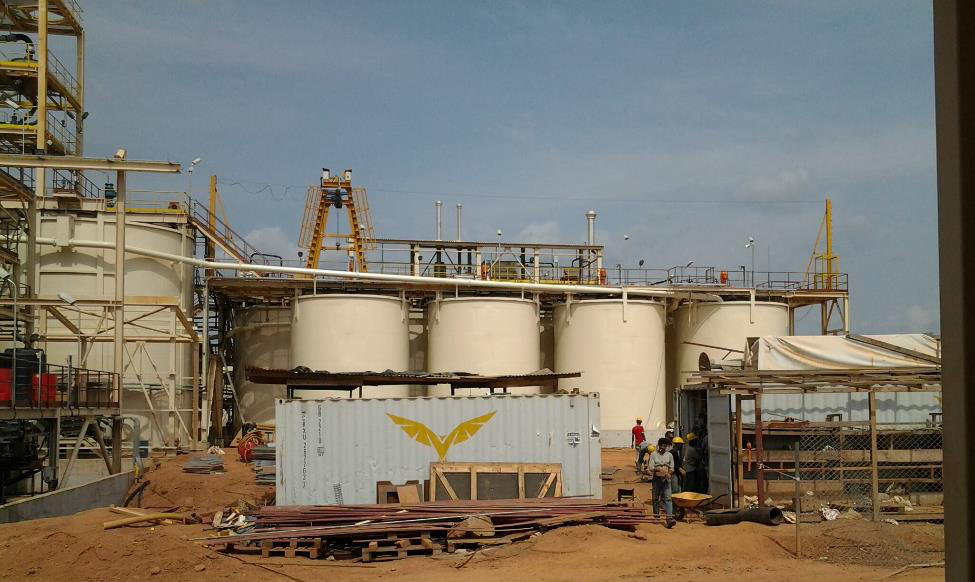 GBARNGA, Bong â€“ Several persons have been arrested for their alleged involvement in the looting and vandalizing of MNG Goldâ€™s facilities in Sayewheh Town, Boisen District.

MNG Gold is a Turkish company mining gold in the district. There has been a series of violent actions involving the citizens and the company over social contributions to the community.

The looting and vandalization of the companyâ€™s facilities followed a fatal road accident that instantly killed four persons from Sayewheh Tow on Monday afternoon.

The accident involved a pickup truck and two commercial motorcycles that were carrying passengers. The pickup belonged to a Chinese firm contracted by MNG Gold and reportedly ran into the two motorcycles, killing the four persons.

The pickup was immediately set ablaze by an angry crowd following the accident. It may have also been the events that trigged the looting and vandalization of the companyâ€™s facilities.

The superintendent of the Bong Police Detachment, Fredrick Nepay, told The Bush Chicken that about 53 persons have been arrested and more people will be arrested.

â€œThey are in Gbarnga in police custody undergoing preliminary investigation. They looted the entire facility and destroyed it,â€ Nepay said.

He said upon the policeâ€™s arrival in the town, some of the accused persons were caught looting the companyâ€™s facilities, while others were arrested in the town with items belonging to the company in their possession.

â€œThis place is televised; those who entered here were seen on the screen. We will use the film to establish that these people were involved with the act,â€ Nepay said in a phone interview from the scene of the crime on Wednesday.

Nepay, however, extended sympathy to the bereaved families, noting that the police were still investigating the cause of the accident.

He warned citizens against taking the law in their own hands, encouraging citizens to always seek justice in a civilized manner whenever they feel aggrieved.

Bongâ€™s superintendent, Esther Walker, described the looting of the companyâ€™s facilities as â€œa setback and shame to the county.â€

â€œCalm has been restored to the place with the help of the police and we are collecting some of the companyâ€™s properties from people in the communities,â€ Walker said.

She said it is regrettable that four citizens of the county had to die in a tragic motor accident.

â€œFor some people to use the deaths of other people to bring shame to the county by looting the properties of the company, it is regrettable,â€ Walker noted.

She said the county authority will work with the secretary and court to ensure that the perpetrators face justice.

Several residents of Bong have, meanwhile, condemned the violence carried out by those involved while at the same time extending condolences to the bereaved families.

For now, the actual cost of the damage done to the companyâ€™s facilities has not been established. Benedict Sayeh, who works at the company, confirmed to Radio Gbarnga that several properties of the company had been looted by citizens.