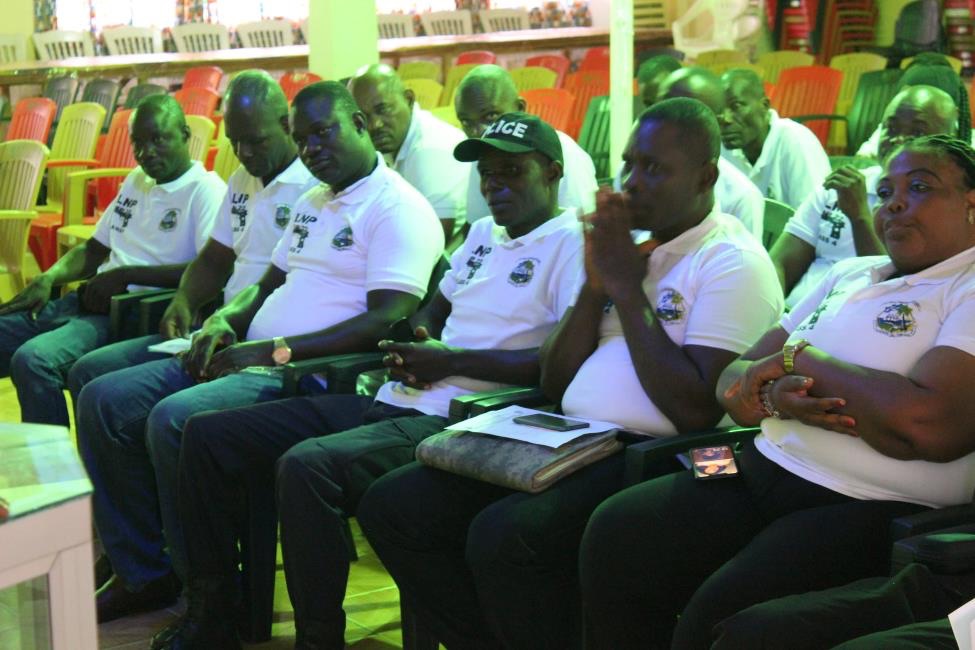 According to a press release issued by the police, the training took place at the National Police Training Academy in Paynesville over the course of two weeks.

â€œThe training lasted from August 12-24, 2019 and brought together 49 police officers and 5 officers from the LDEA,â€ the press statement said.

Sebastian Farr, the deputy inspector general of police for Training and Manpower Development, who served as the keynote speaker at an event
celebrating the completion of the training, said firearms will be issued to officers based on their scope of operations and assignments.
Farr stressed â€œthe LNPâ€™s zero-tolerance on the misuse of firearms.â€

The law governing police use of force states that police use of a firearm can only be lawful where it is necessary to confront an imminent threat of death, serious injury, or a grave and the proximate threat of life.

One of the incidents occurred in Kingsville, Montserrado on June 24, 2019, when a group of aggrieved residents staged a riot in demand of justice for the mysterious death of two children.

The Police also disrobed Joseph Abdullah for illegally discharging his firearm and killing a man identified as Mohammed Kamara in the Fish Town Community on July 4, 2019.

On June 25, 2019, the police also disrobed its chief inspector Humphrey Kahn for illegally discharging his firearm in the New Georgia area outside Monrovia while attempting to arrest a stolen motorbike suspect.

Police chief inspector Peecho F. Worjloh was also disrobed on June 30, 2019, for illegally discharging his firearm while under the influence of alcohol in the Budget Bureau community.