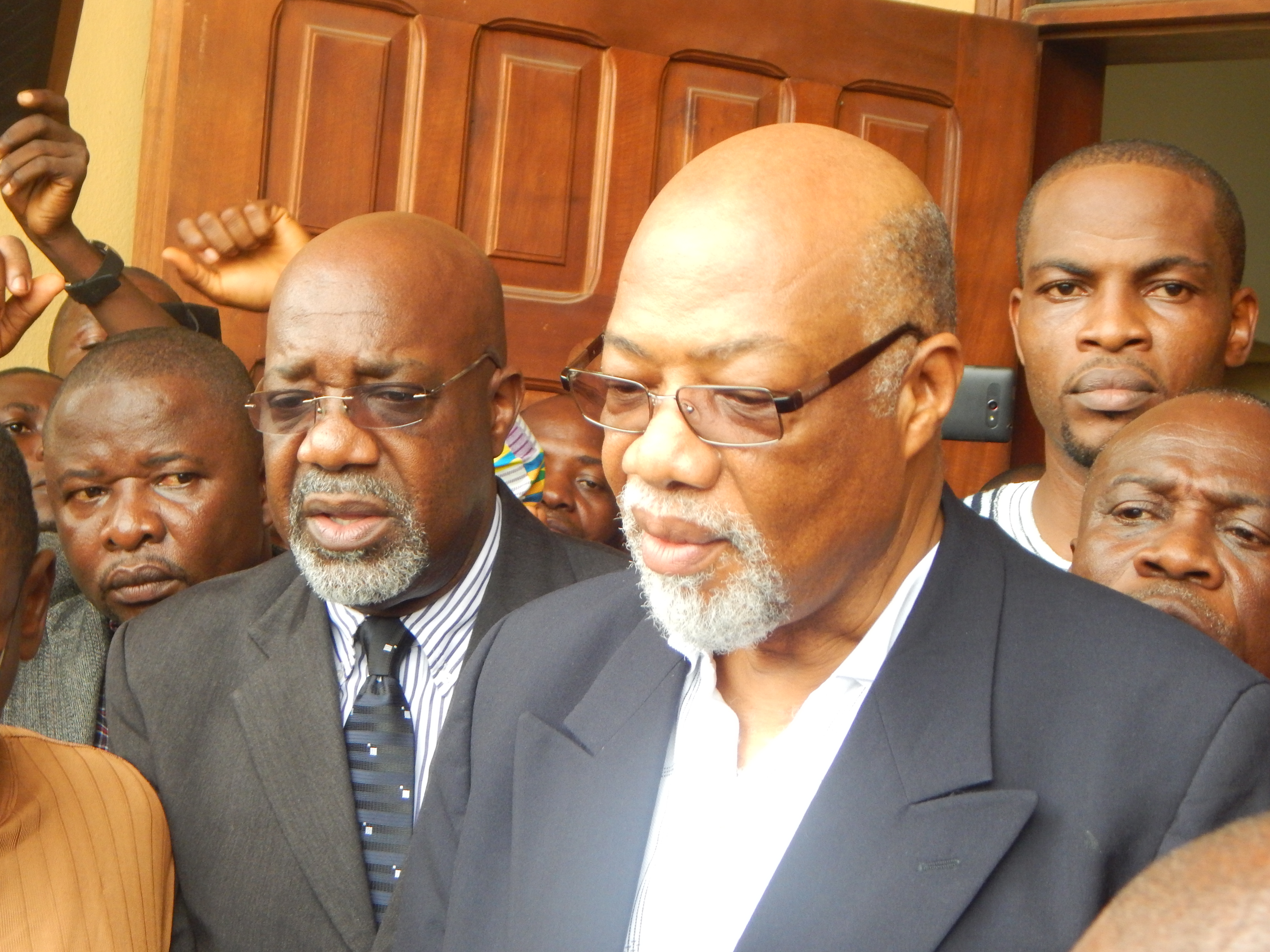 MONROVIA, Montserrado â€“ The grounds of the Temple of Justice on Wednesday was a scene of drama and tension as two senior government officials, Senator Varney Sherman, and House Speaker Alex Tyler, appeared in court over bribery allegations named in the recent Global Witness report.

Sherman, the chairman of the ruling Unity Party is accused of using bribery to secure the mineral development rights of the Wologizi iron ore concession in northern Liberia for Sable Mining, a British company.

Amid a mild downpour of rain, a few hundred spectators converged at the Temple of Justice to watch the two top officials transported to court.

Early Wednesday morning, Sherman was arrested and taken to Criminal Court C. He was escorted by several of his partisans including one of his lawyers, Cyril Jones, who worked to secure a criminal appearance bond for his client. Sherman was also accompanied by Wilmot Paye and Amos Tweh, Secretary General and Youth Wing Leader of the Unity Party, respectively.

Tylerâ€™s home had been surrounded by security personnel early Wednesday and he was brought to court under heavy escort at 12:20 p.m.

A few minutes after his entrance, supporters learned that the accused had secured bonds, there were celebrations in the crowd.

Supporters of the Unity Party, Liberia People Democratic Party of Tyler, and other political parties were occasionally involved in quarrels.

When Darius Dillon of the opposition Liberty Party granted a live interview at a local radio station saying no Liberian is above the law, members of the Unity Party and Liberia People Democratic Party were incensed and began chanting, â€œDarius, go to school.â€ In frequent posts on social media, Dillon, a prominent voice of the Liberty Party, admits not possessing a college degreeÂ but cherishes his integrity.

Security personnel struggled to control the crowd. When news broke about the arrival of Tyler, officers of the Police Support Unit of the Liberia National Police were called onto the courtyard to restore order, although their success was limited.

Sherman, Tyler, along with Ernest C. B. Jones, Christopher Onanuga, and Sable Mining, were charged with counts of bribery, criminal conspiracy, economic sabotage, and criminal facilitation.

Tylerâ€™s bond was insured by Sky International Insurance Corporation for US$150,000 while the bonds for Sherman, Jones, and Onanuga were collectively insured by Omega Insurance Company for US$1.5 million.