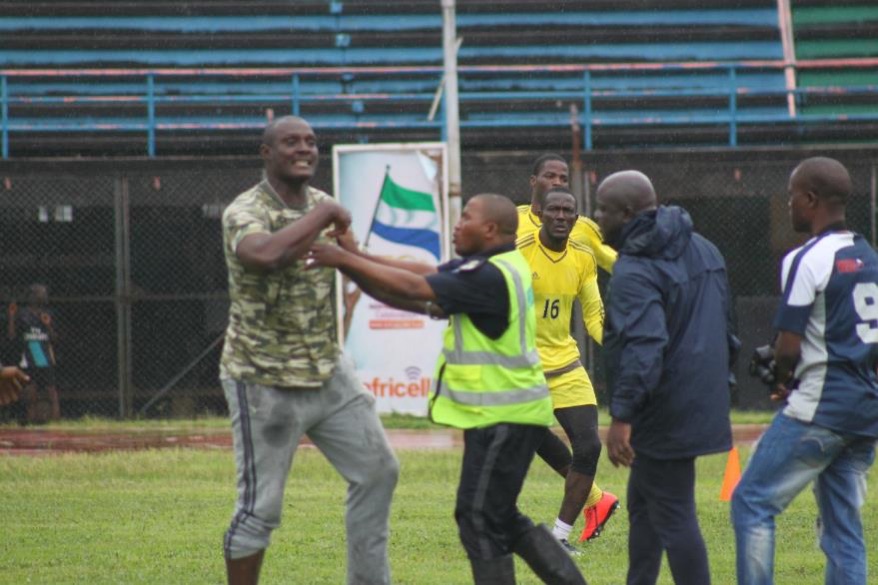 FREETOWN, Sierra Leone â€“ The 2022 FIFA World Cup Qualifier preliminary round return leg between Sierra Leone and Liberia has turned out to be a contentious one after Lone Starâ€™s final training session at the National Stadium of Sierra Leone was halted by fans on Saturday, September 7.

The Lone Star team was forced to put an end to its pre-game training session less than 10 minutes after kickoff to avoid injuries to players from Sierra Leonean fans who had invaded the training session and started throwing objects on the pitch.

Not only was the national team training stopped by Sierra Leone fans, but Liberian journalists and fans were threatened. Former Prime FM sports journalist, Benjamin Garkpah, who departed from Liberia to cover the match, reported having to sneak into the national team bus to escape from the stadium as he was unable to reach his hotel.

Meanwhile, Liberiaâ€™s Ministry of Information, Culture, and Tourism have advised Liberians to avoid going to the stadium and public places until there are further notice.

The ministry further stated that the Liberian government has contacted the appropriate Sierra Leonean officials and filed a formal complaint with FIFA.

Liberia won the first leg 3-1 at the Samuel Kanyon Doe Sports Complex and will need to avoid a defeat in Freetown to reach the group stage of the qualifiers.