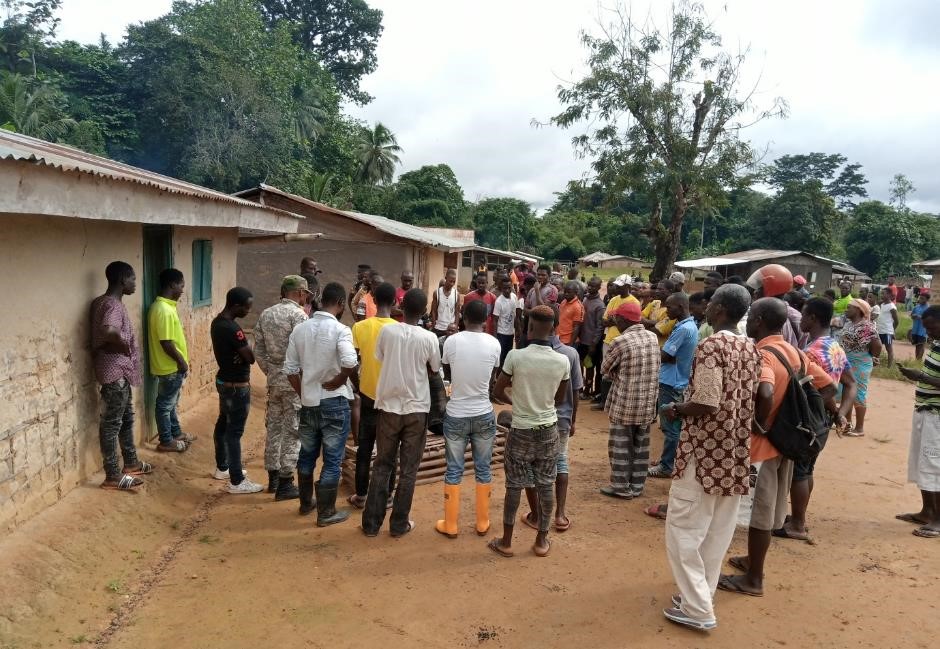 ENI, Sinoe – A man living in Sinoe has shot his girlfriend dead after she accused him of impregnating another woman.

According to Bill Pyne, the police inspector in Tarjouwon District, the 46-year-old Robert Dogmah and his 50-year-old girlfriend, Susannah Wah, were last seen alive on Sunday, July 19 at the Plandialebo Mount Calvary Baptist Church at around 8:00 p.m. They had gone to settle a dispute that Wah brought to the church when she accused Dogmah of infidelity.

Police said during the church’s investigation, Dogmah admitted to the infidelity and asked the clergymen to plea with his girlfriend to forgive him.

The police inspector said Wah accepted the appeals from her church leaders and went home with her boyfriend at about 9 p.m.

Pyne further explained that while at home, Wah went to take bath about ten feet away from their residence when Dogmah shot her dead with a hunting rifle before turning the gun on himself. Residents found their bodies laying three feet apart, with the gun by the side of Dogmah’s corpse.

In an interview with The Bush Chicken, Pastor John Banyon of the Mount Calvary Baptist Church verified the information provided by the police, noting that Wah had originally come to him on July 16 to complain about her boyfriend, noting that she wanted an intervention from the church instead of court.

Josiah K. Menjay, the general town chief, recalled that Dogmah, of Kpelle ethnicity, had moved into the community in 2015 and befriended Wah. Prior to the incident that ended the lives of the couple, he said he had not detected any signs of quarrels between the two.

“From the time he entered and our daughter introduced him, I have not settled any palava between them or heard of any,” Menjay noted.

He described the murder-suicide as astonishing to residents of Plandialabo and said the community had not seen anything like that before.

Dogmah was a farmer, hunter, and contractor with Golden Veroleum Liberia. Wah lived all of her life in Plandialabo, and made her living as a farmer.