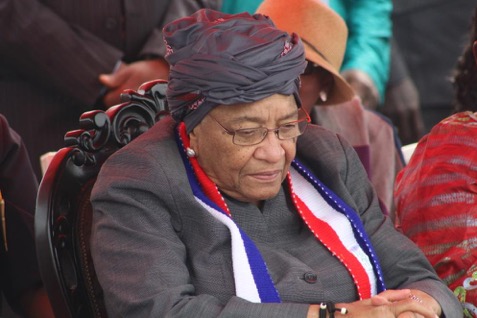 MONROVIA, Montserrado â€“ Liberiaâ€™s former president Ellen Johnson Sirleaf has admitted what has been obvious to the public â€“ that a feud ensued between her and former vice president Joseph Boakai during the 2017 presidential elections.

On November 28, Sirleaf, appearing on OK FM, said problems developed between she and Boakai during the elections and â€œwe went the different wrong way.â€

â€œI have since called upon my former vice president and the both of us have talked,â€ she said.

Though the former president did not mention the precise cause of the separation, she hopes the issues can be resolved.

â€œThe former vice president is not my enemy and will also be my friend,â€ she said.

â€œWe will go back and do our own evaluation and assessment of what happened and resolve the issues,â€ she said.

During a radio interview from his Paynesville residence on his 74th birthday on November 30, also on OK FM, Boakai said for the past twelve years at the helm of leadership in the country, the first six years were very successful because he and Sirleaf worked together very well in the interest of the country. 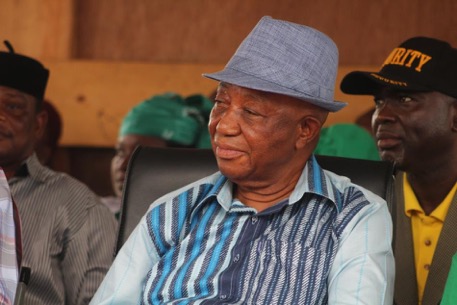 Liberiaâ€™s former vice president Joseph Boakai says whatever Ellen Johnson Sirleaf did to him during the 2017 elections is between her and her God. Photo: Zeze Ballah

He explained that the working relationship between he and Sirleaf was very cordial and that the former president visited his private residence once or twice a month to resolve critical issues.

When quizzed by the interviewer as to what went wrong between him and Sirleaf, the former vice president avoided directly answering the question, saying he served his boss well as any good vice president would do.

â€œSirleaf is a witness to such,â€ he added. â€œWhatever Sirleaf did to me during the 2017 presidential elections is between she and her God, I am not here to judge her.â€

According to him, the past will judge both of them but he stressed that â€œthe fallout did not come from me.â€

â€œSirleafâ€™s fallout with me is not an issue to discuss but the Liberian people will be the best judge,â€ Boakai said.

The former vice president said he believes where he stopped in his political career was destined by God.

â€œI served vigilantly and have no regret for whatever that happened and expect disappointment in life,â€ Boakai noted. â€œI have done my best for Liberia and have no sense of remorse.â€

He added that he would live his life for the next generation and not the next election.

After Findley visited Grand Bassa with Boakai, he was highly expected to be named running mate but the former vice president changed his mind and selected Emmanuel Nuquay, former speaker of the 53rd National Legislature.

Due to mounting public speculations that Sirleaf had withdrawn her support to her vice president, the then-presidential press secretary Jerolinmek M. Piah, in August 2017, denied those claims.

â€œOur direct response to all of the rumors and misinformation is, as of this point: Boakai remains Sirleaf’s choice for the presidency, realizing though that the actual power of determining who becomes president remains the sole responsibility of the Liberian people,â€ Piah said.

But Piahâ€™s statement appeared empty when Sirleaf refused to attend the Unity Party campaign rally held at the Antoinette Tubman Stadium in September 2017.

In an interview on ELBC radio, Sirleaf said she had made a promise to some women in Bomi, Suehn Mecca district that she would break ground for the construction of a clinic in that area. She called the groundbreaking â€œa greater priority than the UP campaign rally.â€

It was now becoming clear that Sirleaf was not supporting the vice president in the 2017 presidential election.

Following the first round of the election, which placed Unity Party and the Coalition for Democratic Change in the runoff, Sirleaf in December broke grounds for the pavement of the Gbarnga, Bong-Konia, Lofa road and did not invite Boakai to the program. The optics were significant, given Boakaiâ€™s stature as Lofaâ€™s most prominent statesman. 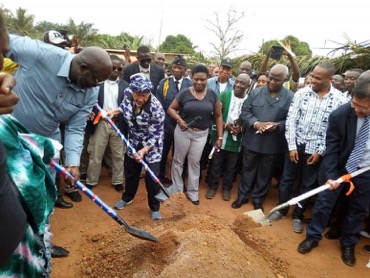 George Weah, the then-Senator for Montserrado and Ellen Johnson Sirleaf breaking grounds for the pavement of the 81-kilometer road. Photo: Philip T. Singbah

The groundbreaking program was attended by the standard bearer and vice standard bearer of the Coalition for Democratic Change, Senators George Weah and Jewel Howard Taylor and other government officials.

Sirleafâ€™s action angered many citizens, including Lofaâ€™s Sen. George Tengbeh, who expressed disappointment that she had chosen an opposition politician to break grounds for the construction of the road.

Tengbeh said during the 2005 elections campaigning period, Sirleaf, after selecting Boakai as her running mate, proceeded to Lofa and promised the people that if elected, she would pave the Gbarnga-Menikorma road.

â€œTo my disappointment and hundreds of citizens of Lofa, the big question to Sirleaf is: is this the payback she has for us after supporting her for 12 years and in the midst of rumors that she is not supporting Boakai, who hails from the county?â€ Tengbeh said.

Anthony Kesselly, the then-public policy advisor in the office of Boakai, informed The Bush Chicken that the former vice president did not receive an invitation to attend the groundbreaking program.

Sirleaf, who was accused by party leaders of meddling in the 2017 presidential elections, in which Boakai suffered a bruising defeat, was later expelled from Unity Party.

Four other party officials were expelled, the party said in a statement.

â€œThe behavior of the expelled persons constitutes sabotage and undermined the existence of the party,â€ the statement said.

The decision to expelled Sirleaf and others was taken by the partyâ€™s executive committee.

But it remains to be seen how the former president will resolve the partyâ€™s internal wrangling when she is expelled.