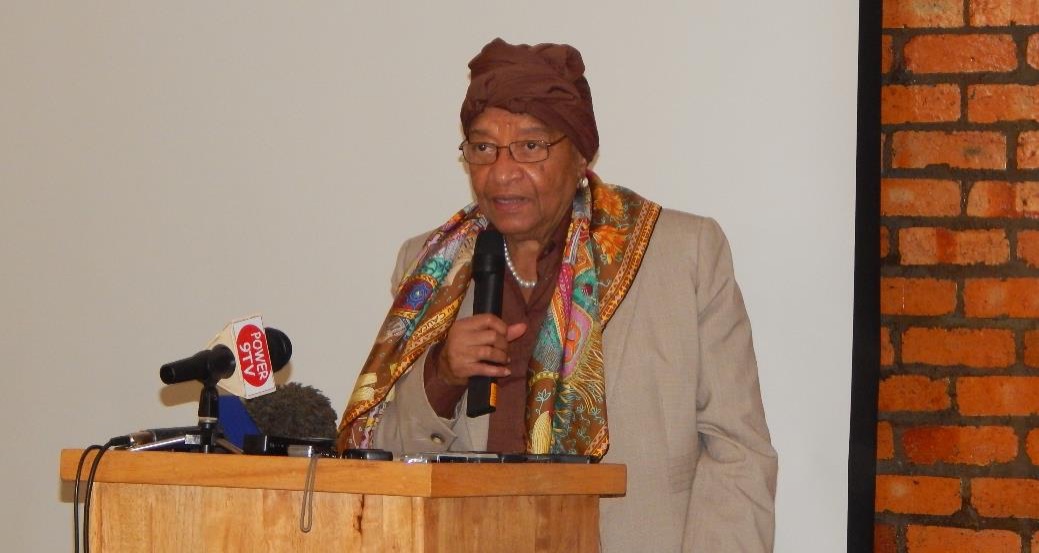 Former President Ellen Johnson Sirleaf has been welcomed as a new member to The Elders, an independent group of global leaders working together for peace, justice, and human rights.

The Elders was founded in 2009 by former South African President, Nelson Mandela who charged the group to support courage against fear, foster agreement where conflict exists and inspire hope against despair.

The new Elders joined the group in its second decade of campaigning for peace, justice and human rights.

The groupâ€™s chair, Robinson, expressed excitement over the membership of the three world leaders into the organization.

â€œEllen, Juan Manuel and Zeid each bring valuable and distinctive perspectives on issues that are central to our work, from human rights and peacebuilding to gender equality and justice for all. I look forward to them playing critical roles in our current and future initiatives across the globe,â€ she noted.

For her part, the former Liberian leader disclosed it was an honor to follow in the footsteps of great Africans like Nelson Mandela, Archbishop Tutu, and Kofi Annan.

She said The Eldersâ€™ work to promote justice, equality, and human rights was needed more than ever.

â€œI look forward to working with them to inspire people everywhere, particularly women and girls, to reach for their true potential, break through barriers, and pursue their dreams,â€ she said.

Members of the group are former leaders who are independent of any national government or other vested interest. One must have also earned international trust, demonstrated integrity and built a reputation for inclusive, progressive leadership, to become a member. They are change makers, social revolutionaries, peace builders, and pioneering women who were leaders in their countries.

Sirleaf meets the requirement as a pioneering woman for becoming the first democratically female elected president in Africa and winner of the Nobel Peace Prize. She also became the first female to be elected chairman of ECOWAS. She was listed as the 83rd most powerful woman in the world by Forbes magazine in 2016.

Her administration is credited with restoring Liberiaâ€™s image on the international stage, settling billions of the countryâ€™s foreign bilateral and multilateral debts, establishing and strengthening legal and institutional frameworks, and restoring basic social services to some part of the country, including health, education, electricity, and water.

She facilitated the countryâ€™s first historic democratic transition from one elected government to another in several decades.