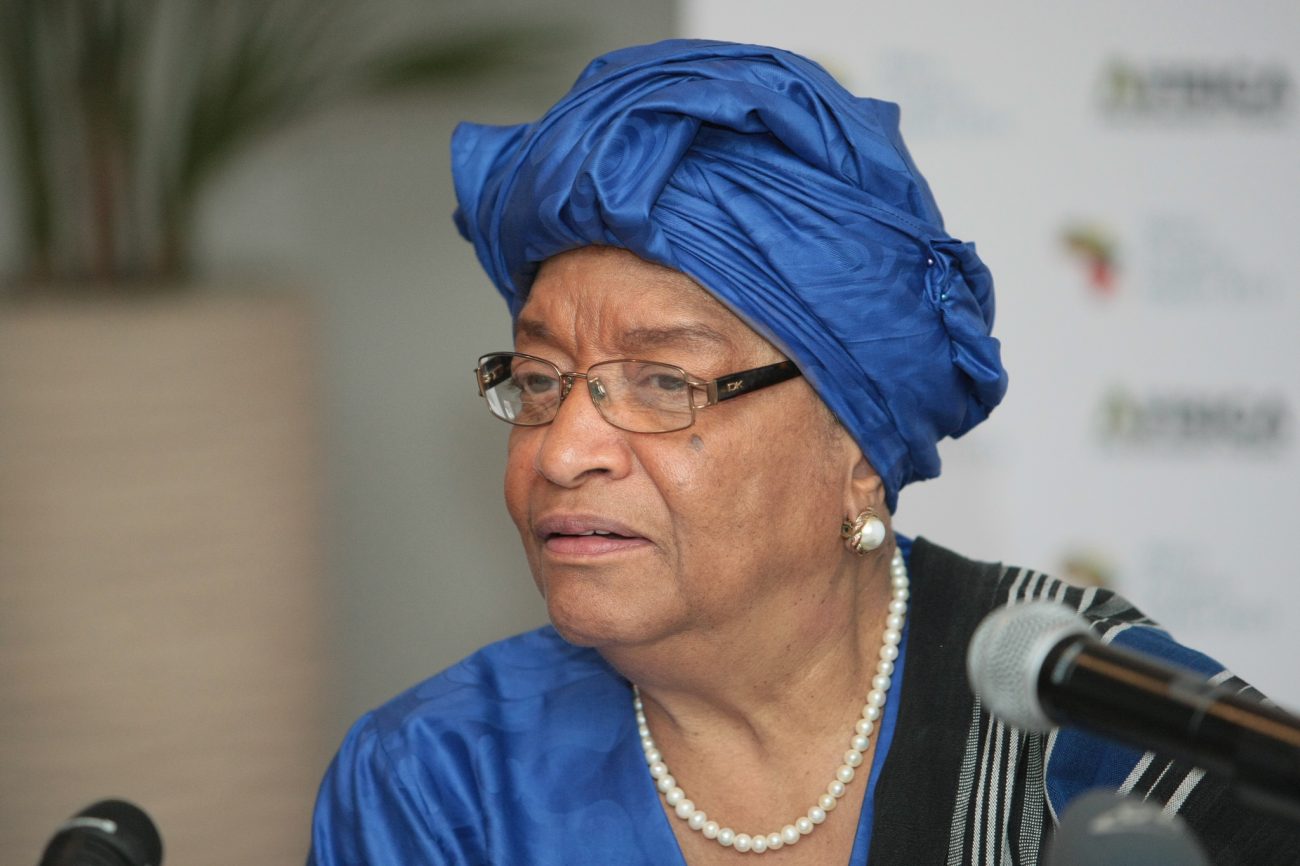 Sirleaf has a prominent position with which to influence Zimbabweâ€™s political transition in the countryâ€™s first election that does not feature long-serving former President Robert Mugabe. As chair of the Organization of African Unity from 1979 â€“ 80, Liberia also held a position with which it could shape Zimbabweâ€™s political trajectory in the months leading up to the countryâ€™s independence on April 18, 1980.

Tolbert and the Emergence of Zimbabwe

At the Lancaster House Conference in London, where the terms of Zimbabweâ€™s first democratic elections were agreed over the final quarter of 1979, the Liberian government was represented by its deputy foreign minister, T. Siafa Sherman.

In December, as the conference was on the verge of a historic agreement, President William Tolbert Jr. traveled to London to add his authority as chair of the OAU and leader of Africaâ€™s oldest republic to the deliberations. One of the members of his delegation was Ellen Johnson Sirleaf, then his finance minister.

Tolbert, as Vice â€“ President, had visited Zimbabwe (then Southern Rhodesia) in July 1964 while in transit to Malawiâ€™s independence celebrations and warned the white minority government, then threatening a unilateral declaration of independence from Britain, against taking any unilateral actions that did not reflect the wishes of all segments of its population.Â  Subsequently, as OAU Chair, he engaged in a vigorous correspondence with British Prime Minister Margaret Thatcher on behalf of Africaâ€™s and Zimbabweâ€™s liberation movements.

In February 1980, Mugabeâ€™s ZANU-PF, in a very tense environment, won the countryâ€™s first elections with a universal franchise and the countryâ€™s independence era political trajectory took off.

Shortly before his assassination in the coup of April 12, 1980, Tolbert presided over Liberiaâ€™s first direct diplomatic engagement in Zimbabwe.

Zimbabweâ€™s independence celebrations were slated for April 17/18 and Tolbertâ€™s minister of state for presidential affairs, Dr. D. Elwood Dunn, and Christopher Minikon, the assistant foreign minister for Afro-Asian affairs, traveled to Harare, the nationâ€™s capital, at the beginning of the month to personally deliver a message of goodwill from Tolbert to Mugabe and pave the way for Tolbertâ€™s anticipated arrival on the 16th.

The duo spent a week in Harare, where their principal contact was Dunnâ€™s ministerial counterpart, Emmerson Mnangagwa (the current ZANU-PF presidential candidate). They also met with Joshua Nkomo, the other main figure in the countryâ€™s liberation movement, who had visited Liberia several times during the Tubman presidency. Both Mugabe and Nkomo were also in Monrovia for the 1979 OAU meeting.

Mugabe stated that â€œDr. Dunnâ€™s visit has naturally offered me and some of my colleagues in government a favorable opportunity to hold with him informal discussions on matters of common interest.â€Â  He went on to â€œthank [Tolbert] for all you have done and are still doing for us towards our attainment of full independence.â€

Dunn recalls that while in Harare on the eve of independence he â€œsensed African solidarity and a mode of high expectation.â€ Undoubtedly, Sirleaf will encounter similar sentiments in the forthcoming historic elections given Mugabeâ€™s absence.

Dunnâ€™s more positive reactions were, however, tempered by his meeting with Joshua Nkomo, whose party, ZAPU, came in second to Mugabeâ€™s ZANU-PF in the elections.Â  Dunn remembers: â€œAs I congratulated him [Nkomo] for the victory of the people of Zimbabwe, he said that the victory was everyoneâ€™s victory. There was no victor and no vanquished and then he added that with independence come problems, new problems, with which they have to grapple.â€

Zimbabweâ€™s struggle for a truly democratic dispensation in the intervening years illustrates the prescience of Nkomoâ€™s warning to Dunn and the Tolbert government. Perhaps Sirleaf, despite the lingering presence of some of the same characters from 1980, will be positioned to help Zimbabwe finally unlock the potential for which Tolbert labored so ardently.

Dr. Dunn, for one, is disposed to view developments in Zimbabwe in a positive light: â€œGiven the quality of the international election observers, hope seems high that post-election Zimbabwe can enter a trajectory that returns it to the high promise of independence in 1980.â€