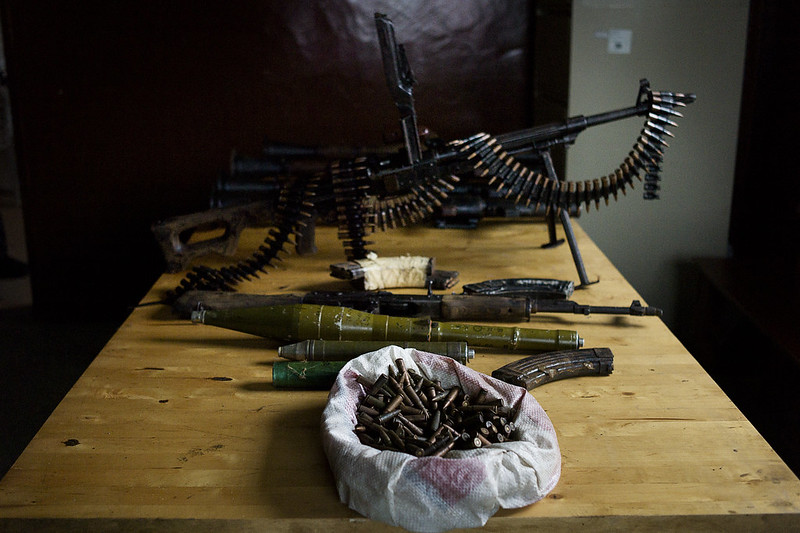 The plan will essentially guide management decisions in implementing planned programs and activities to accomplish its general and specific mandates and institutional sustainability. It builds and improves on LiNCSA’s past accomplishments and achievements.

The validation, which the Commission organized in collaboration with UNDP, was held in the City Hall in Buchanan, Grand Bassa, from June 3-5.

At the end of the sessions, the draft document was unanimously endorsed by over 48 participants drawn from donor partners, representatives of the office of the president of Liberia, civil society organizations, security agencies, and senior employees of the Commission.

During the ceremony, LiNCSA’s chairman, Teklo Maxwell Grigsby, said Liberia needed to do better in the fight against the proliferation of small arms and light weapons because of the threat they pose to instability in the ECOWAS region.

“One of the contributing factors to the over fourteen years of civil unrest was poor management and disjointed efforts in the management and storage of state security stockpiles and [the] inadequate regulation of civilian arms,” Grisby said.

He said a contributing factor to the civil conflict was Liberia’s lax attitude towards combating and preventing illicit flow and trafficking of weapons.

“In order to address some of the needs of the Commission, especially the fight against illicit flows or trafficking of small arms, light weapons, and related materials, a strategic plan is needed to change the paradigm and guide efforts towards sustaining Liberia’s peace and preventing potential terrorist intrusion within and across the borders of Liberia,” he added.

Grigsby said the new plan would focus on capacity building, especially in training state armorers to ensure proper accountability of arms stockpiles. The plan would also include a transparent and accountable civilian arms registration program, he noted.

Grisby said he envisions an armed violence-free Liberia where people can live together in peace, void of fear and terror of armed violence.

Activist and politician Kimmie Weeks served as the keynote speaker during the opening session of the occasion. He called on the government to support LiNCSA and other institutions controlling and regulating arms, including the Liberia National Police, the Liberia Drugs Enforcement Agency, and the Financial Intelligence Unit.

Weeks, a youth rights advocate, also called on LiNCSA to transform its work to ensure that the institution was more robust and uncompromising on full enforcement of the arms control law.

He said the Commission needed to do more work in explaining its mandate and vision to the general public and decentralizing its activities.

Weeks also encouraged the Commission to work with other relevant institutions to combat illicit drug trafficking, and illicit money flows, as those criminal enterprises can necessitate the need for criminals to acquire arms.

He agreed with calls from the United Nations and ECOWAS for member states to do more to prevent illicit trafficking of arms. Weeks applauded the Commission for completing the strategic plan as a first step in meeting its legal mandate.

The validation session was funded under the framework of Liberia’s Component of the Organized Crime West Africa Response to Trafficking Project, a three-year project for seven ECOWAS states funded by the European Union and the German Federal Foreign Office. The event was managed by UNDP and coordinated by the German aid group GIZ.