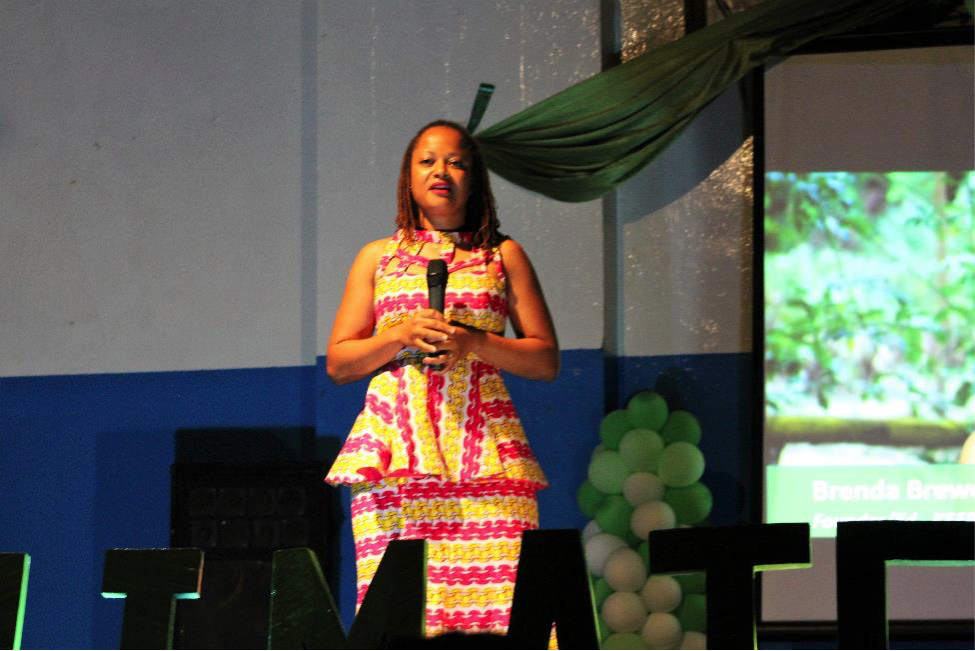 MONROVIA, Montserrado â€“ Almost every prominent politician or member of society has made a public statement about the dire state of the education system in Liberia. The preferred word to describe Liberiaâ€™s education system is â€˜a mess,â€™ a description coined by President Ellen Johnson Sirleaf and later tempered with by Education Minister George Werner, who has made it his goal to turn the sector â€˜from mess to best.â€™

One thing most people are clear on is that the sector is largely the responsibility of the government to improve. However, during a recent two-day celebration by the local youth-led organization SMART Liberia, organizers and participants were bucking this very trend and pushing for change themselves.

National Director Ahmed Konneh said the organization was determined to drive change and would not wait for the government to provide a solution to the education sector. â€œSMART Liberia has always been about young people leading change and seeing themselves as changemakers,â€ he said.

The organization has already been involved in several programs that characterized this citizen-driven approach to solving societal problems. A notable program was â€˜Complete 8,â€™ a month-long vacation school program that allowed 84 students to complete an enhanced curriculum during a school year truncated by Ebola. The group also led a campaign aimed at convincing University of Liberia authorities to build a website to provide students with better access to information.

Keeping with the theme of effecting change in the education sector independent of government action, SMART Liberia held its education summit on April 22-23, which was essentially one day of educational workshops presentations followed by a formal dinner punctuated by music, poetry, and inspirational speakers.

At the banquet, billed as â€˜Animate,â€™ Brenda Brewer Moore, the founder of the Kids Educational Engagement Program, spoke of how during the Ebola outbreak, she led a group of volunteers to tutor 3,000 idle children in communities around Monrovia. The success of the program and Mooreâ€™s combined childhood love for reading led her to found her organization and continue educating children beyond the official channels of schools.

Announcing the launch of her first resource center and reading room in Paynesvilleâ€™s Duport Road community, Moore said, â€œOnly through collective effort we Liberians can change Liberia. We cannot keep waiting for people â€“ we have to do it ourselves.â€

In what turned out to be a surprisingly rousing part of the night, a Mandela Washington Fellow, Fombah Kanneh delivered a powerful motivational speech of how he rose from poverty as a child in a slum community to meeting U.S. President Barack Obama. And further, going on to help other unfortunate children in his community by providing them with educational resources. Kannehâ€™s remarkable presentation of the â€˜Seven Mindsetsâ€™ for success should be a staple at every high school and university. The education summit was sponsored by the British Embassy in Liberia, whose Ambassador David Belgrove expressed his thrill at the opportunity to support an organization like SMART Liberia. He said, â€œThe young people of SMART Liberia show that you donâ€™t need to wait for that change to come. You can bring that change yourself.â€