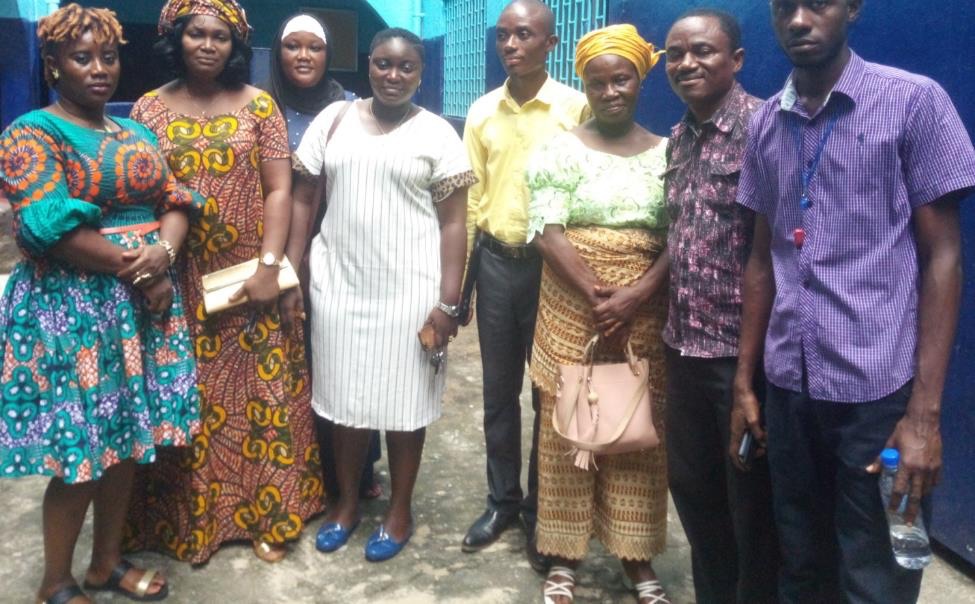 MONROVIA, Montserrado â€“ The Parents Teachers Association of the Soltiamon School System has frowned on the action of the Liberian National Police to barricade the home of the schoolâ€™s principal, Solomon Juah, Sr.

On Tuesday, Judge Christian Peabody of the Monrovia City Court had ordered the arrest of Juah and his son, Solomon Juah, Jr. who is the schoolâ€™s dean of student affairs, for aggravated assault and criminal conspiracy.

The arrest followed a complaint from Abel Williams that Juah, Jr. had flogged his 16-year-old daughter for being out of the classroom without having an excuse. According to the writ of arrest, the younger Juah intentionally beat, whipped, and inflicted wounds on the body and butt of Williamsâ€™ daughter on May 20. The writ further said Juah, Sr. ignored the action of his son.

The schoolâ€™s PTA described the apparent deployment of heavily armed police officers at the home of the principal and proprietor as â€˜uncivil and disgustingâ€™.

Rachel Jallah who chairs the group, said while the association seriously condemns the alleged manhandling of the female student, it also condemns the deployment of armed police officers at the home of the principal as if he has committed a treasonable offense.

According to Jallah, members of the PTA have reached out to the parent of the victim to show their concern.

â€œWe have said and want to say in this public manner that we condemn every violent act, especially the beating of student Cassell by the schoolâ€™s dean of student affairs,â€ she said.

The group also acknowledged the action taken by the Ministry of Education to fine the school and called on the public not to panic about the recent happening. The PTA emphasized that Soltiamon remains one of the best in providing quality education to children in Liberia.

â€œWe, as parents, are very proud of the Soltiamon School System when it comes to quality education and Christian moral as a matter of reality, but [as] we said, this incident is unfortunate,â€ the PTA chair said.

The PTA has lauded the schoolâ€™s administration for its prompt intervention by the immediate suspension of the dean of student affairs and called on the court to conduct a fair and speedy trial in line with the laws of Liberia.