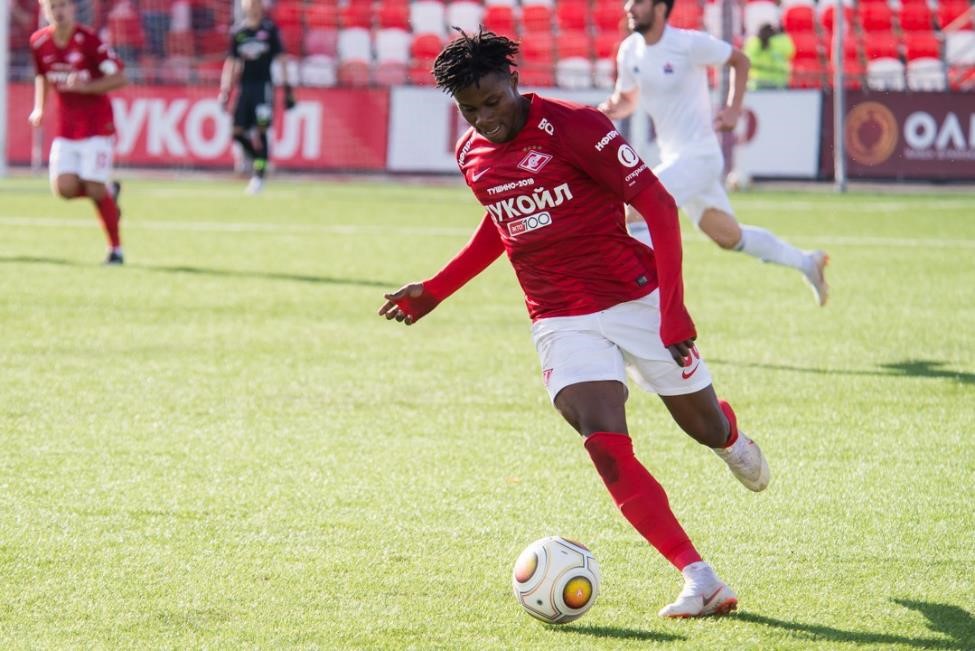 The 22-time Russian Premier League champions broke the news via their official website on Tuesday, September 25, a day before including Nimely in their first team for the Russian Cup fixtures away at Chernomorets, which they won 1-0.

â€œForward Sylvanus Nimely received an invitation from the national team of Liberia for the matches of the African Nations Cup – 2019 qualifiers against the Congo on October 11 in the capital of the Congo, Brazzaville and on October 14 in Monrovia,â€ the team wrote. â€œThe red and white forward will be with the national team from the 7th and 17th of October.Â Thus, Spartak-2 will not be able to count on Nimely in the first division match against Tambov on October 13.â€

The former Monrovia Club Breweries attacker has been in a spectacular form this season for Spartak Moscow II, scoring three goals in 11 appearances. Heâ€™s currently the third top scorer on the team.

Nimely was a member of the Lone Star team in the previous two international encounters against DR Congo and Nigeria at the Samuel Kanyon Doe Sports Complex in Paynesville. He was introduced in the second halves of both games.