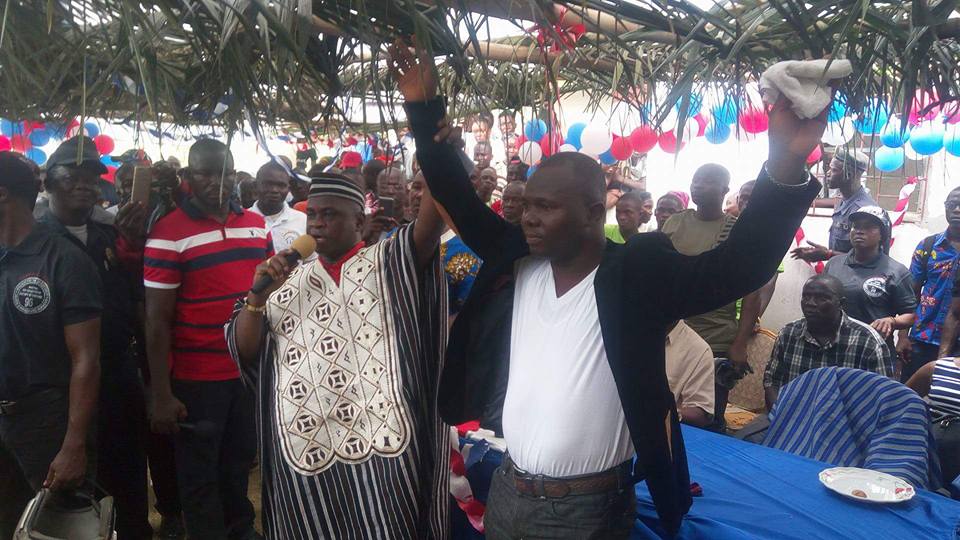 HARBEL, Margibi â€“ Just a few months after calling for Liberians to maintain all 73 representatives in electoral districts across the country, House Speaker Emmanuel Nuquay has flipped his position.

Nuquay had earlier said that retaining all 73 representatives would foster development in their various districts. The lawmaker from Margibiâ€™s fifth district said replacing all his colleagues would slow down development.

However, Nuquay and Margibi Senator Jim Tornonlah were recently seen publicly endorsing the candidacy of Francis Cooper, a longtime associate of Nuquay, for Margibiâ€™s fourth district.

Nuquay told the audience to vote for Cooper if they wanted development in their district.

Ben Fofana currently represents the district and Nuquayâ€™s choice to endorse a candidate against one of his colleagues reflects the widely speculated divide within the Margibi Legislative Caucus.

Many Margibi residents consider this rift within the caucus as a reason for stalled development in the county.

The Bush Chickenâ€™s investigation established that the Margibi Caucus, which comprises of five representatives and two senators, is divided at two against five.

Sen. Oscar Cooper and Fofana are generally perceived as distant from the other five lawmakers, who are Nuquay, Tornonlah, and representatives Roland Opee Cooper, Stephen Kaffi, and Ballah Zayzay.

Nuquayâ€™s original plea for Liberians to maintain all 73 lawmakers was highly criticized by several Margibians and Liberians.

Reacting on the Peace FM talk show, Weekend Splash, in Harbel, most callers said the current breed of Liberian lawmakers have not done much to improve the lives of the people they claimed to directly represent.

They said most of the legislation passed by lawmakers do not generally reflect the Liberian people.

Omodu Mollay, one such caller, said if the decision to elect all lawmakers was left with him alone to decide, he would vote out all current lawmakers.

Mollay said most of the commitments made by the lawmakers to their constituents are far-fetched, if not impossible to accomplish.