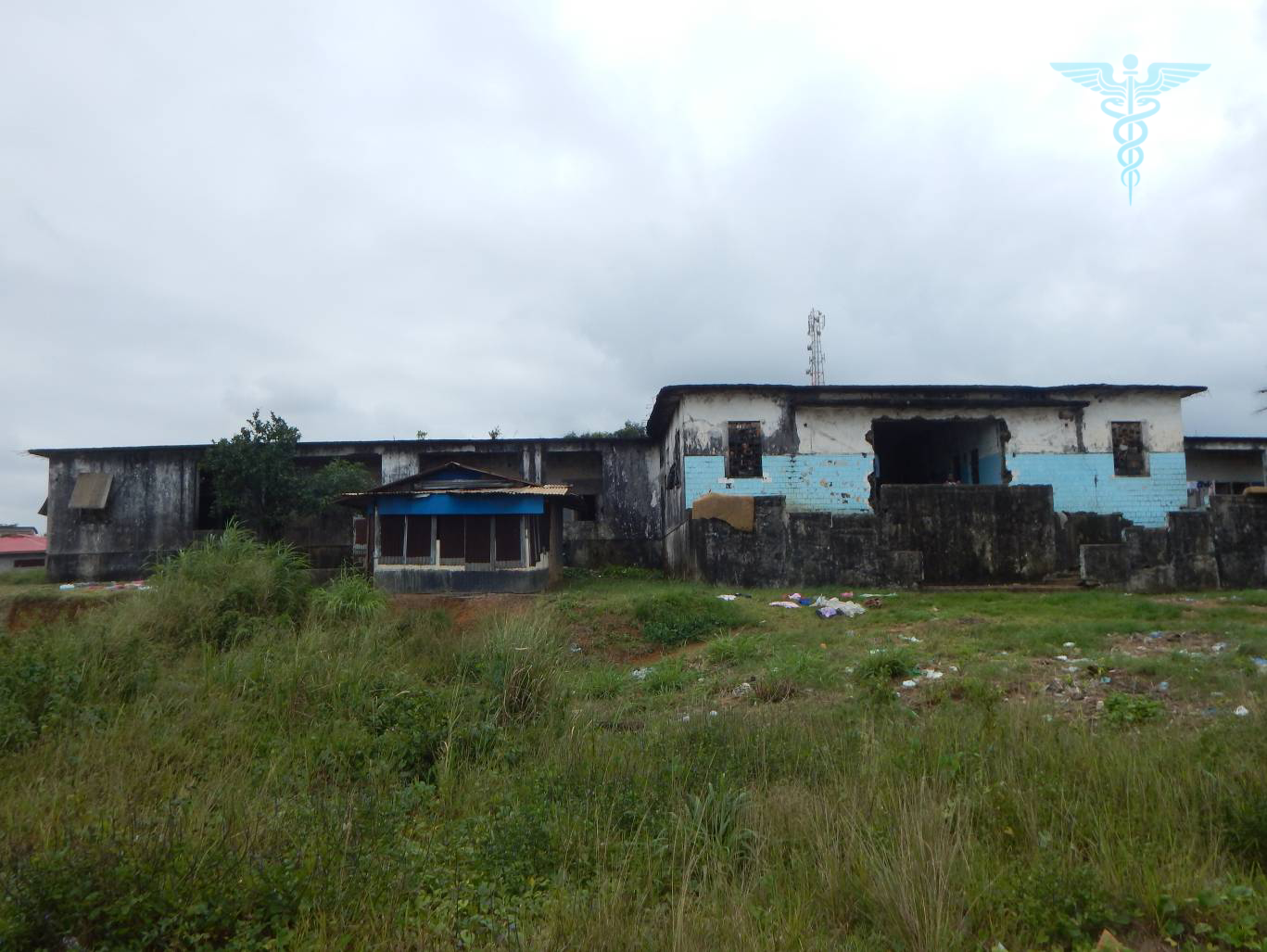 A recent visit to the once modern but now dilapidated facility by The Bush Chicken observed that most of the land belonging to the Catherine Mills Rehabilitation Center had been sold to private individuals due to the governmentâ€™s inability to develop the land after the civil crisis ended in 2003.

It was also observed that squatters are also erecting illegal makeshift structures on the Catherine Mills property. Most of those currently occupying the facility are either engaged in rock crushing or petty trading as a means of survival.

The government of Liberia has also constructed junior and high schools, and a general purpose health care facility on the property. Portions of the Catherine Mills Rehabilitation Center are now used as dump sitesÂ while children were seen defecating around the building. Feces in plastic bags were also visible around the facility.

Some squatters who were willing to speak said that a man named Benjamin Paygar claimed that the land belongs to his ancestors and is selling it to private individuals. Amos Davis, who hails from Maryland Country and is a husband and father of two wives and seven children, said he and his family sought refuge at the rehab center during the peak of the civil crisis.

â€œWe were escaping the war and thought that this facility was safe for us,â€ Davis said.

Davis, an ex-military officer in former President Samuel Kanyan Doeâ€™s government, noted when he and his family arrived at the center in 1990, the majority of the mental health patients had vacated the facility.

Davis recalled seeing five mental health patients, which included three males and two females but said they left the facility due to the multitude of people that were arriving at the facility on a daily basis to seek refuge.

According to Davis, following the end of the civil crisis, Paygar claimed the land belongs to his ancestors and began selling it.

Davis maintained Paygar has sold and continues to sell the land to both private individuals and government officials.

He indicated that when the government is ready to renovate the facility, he and his family will leave.

Though Davis said he and his family have nowhere to go at the moment, he will ask the government to help relocate them when the time comes to develop the facility.

When asked about how he and his family are surviving, Davis said they have to crush and sell rocks to afford food to eat. Nancy Karyea, 24, and a mother of two children, said she and her mother came from Nimba County in 2010 to live with her boyfriend only to find out that he was residing in one of the units of the Catherine Mills Rehab Center.

Karyea explained that the living conditions at the center were cordial, adding â€œsquatters are living together as one family without any problem with each other.â€

â€œI do not have anywhere to go along with my boyfriend, children, and mother when the government gets ready to develop the facility,â€ she said. Mary Bernard, 54, hails from Bomi County and is a mother of five children.

Bernard explained she and her children arrived at the center in 2008, stating â€œthings became very difficult for me after fighters loyal to Sekou Conneh of the Liberia United for Reconciliation and Development or LURD killed my husband in 1998.â€

â€œI could no longer afford toÂ pay my house rent in Bomi County and decided to move to Monrovia with my children and ended up at the Catherine Mills Rehabilitation Center,â€ she said.

Bernard said that she and her boyfriend crush and sell rocks to pay their childrenâ€™s tuition.

She said due to the crowdedness of the facility, some people are forced to use partitioned toilets and bathrooms as their bedrooms.

â€œThough life is not as conducive as we expect it to be at the center, I want to give thanks and praises to God who has kept me and my family alive up till now,â€ Bernard said. Sarah Brown, child of a squatter, crushes rocks on the banks of a river at Catherine Mills. Photo: Zeze Ballah

Sarah Brown, a 6th-grade student at the Kendeja Elementary School, explained to The Bush Chicken that she is compelled to help her unemployed parents crush rocks to pay her school fees.

According to Brown, she and her siblings along with their parents have been at the rehab center for the past 12 years.

She said she hopes the government will relocate her entire family to a suitable place soon because according to her, the center is overcrowded and anyone could contract a communicable disease. Attempts to speak to Paygar, who squatters claimed is selling the Catherine Mills land, did not materialize as his phone rang endlessly without any answer.

Some residents did not provide answers as to who sold them the land because there were several cases concerning the land in court.

Wvennie Scott-McDonald, the administrator of John F. Kennedy Medical Center which has control over the facility, expressed outrage that a group of Liberians would illegally occupy government property for several years and refuse to leave.

She said though the matter is in court she is hopeful that the government will win the case against the illegal squatters. She also expressed frustration that the squatters on the Catherine Mills property are destroying the land, pointing out that â€œthey continue to crush the rocks on the landâ€.

Mamuyan M. Cooper, head of the Edward Snoh Grant Mental Health Hospital in Paynesville, recently told a group of mental health experts from the Ministry of Health and World Health Organization during a visit to the hospital that if the government is unable to reclaim the property from the illegal squatters, then government should also make available another 90 acres of land somewhere around Monrovia to build a new mental health facility that would address the issues of persons living with mental disorder. In 1960, the government of Liberia first implemented a formal mental health delivery service after a group of concerned Liberian women fervently advocated on behalf of mentally ill persons. The rehabilitation center, located in the ELWA community outside Monrovia, was established by Ellen Mills Scarborough, a former legislator who donated 25 acres of land to the government in the 1960s with the help of former First Lady Antoinette Tubman.

Tubman was the wife of the late President William V. S. Tubman. Her humanitarian activities led a group of women to organize the Antoinette Tubman Child Welfare Foundation and the Catherine Mills Rehabilitation Center.

An orphanage home was also constructed in Virginia, a few miles from Monrovia, by these two humanitarian organizations.

The Liberian government also provided the Catherine Mills Rehabilitation Center with 90 acres of land before the outbreak of the civil crisis to help with its work.

As fighters loyal to former President Charles G. Taylor’s National Patriotic Front of Liberia launched their onslaught on Monrovia, Ellen Mills Scarborough, the proprietor of the rehabilitation center departed Liberia for the United States of America.