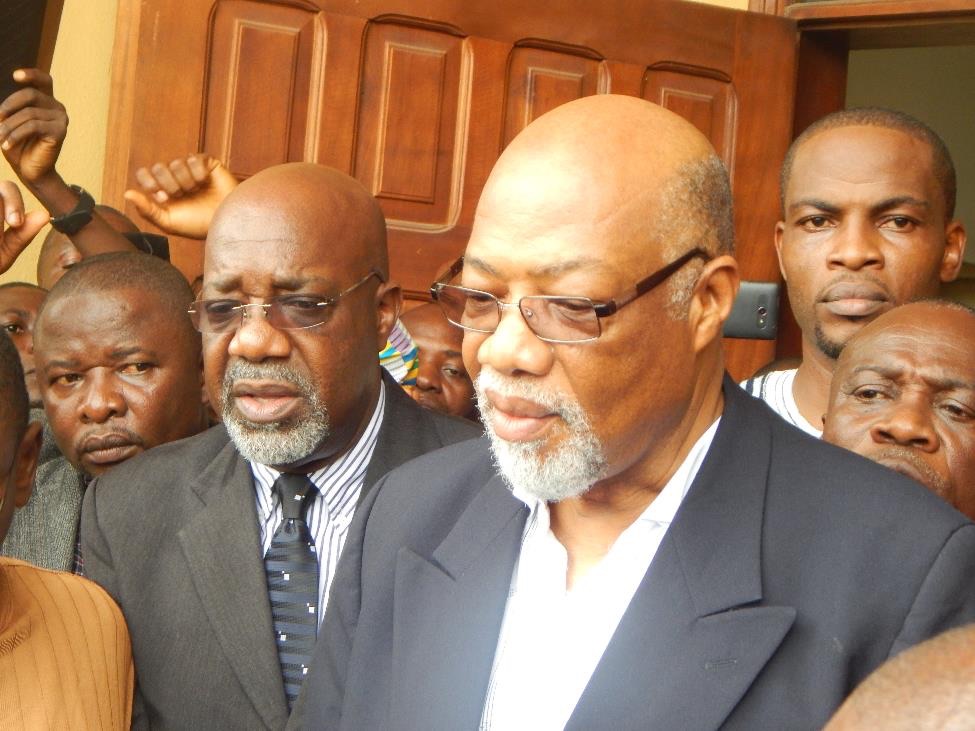 The defendants were accused by Global Witness, a U.K.-based corruption watchdog that focuses mostly on investigating exploitations of natural resources, of collaborating to undermine the Public Procurement and Concession law to give Sable Mining, also a British company, a non-competitive acquisition of mineral rights over the Wologizi Mountain in Lofa. All defendants pleaded not guilty.

During initial arguments last year, the defense team headed by prominent lawyer Moses Paygar told the court that an email the government intended to use as its key evidence to prosecute the defendants was a private exchange between Sen. Sherman, who is the principal defendant, and executives of Sable Mining. Paygar argued that the email account was hacked and could not be used as prominent evidence.

Judge Yamie Gbeisay, who was presiding over Criminal Court C at the time, accepted the defenseâ€™ argument and granted the email to temporarily mark the evidence.

However, the governmentâ€™s lawyers, headed by former solicitor general Daku Mulbah, took exception to the judgeâ€™s decision and filed an appeal to the Supreme Court to reverse the decision.

The Supreme Court granted the prosecutionâ€™s petition on grounds that the ruling by the lower court judge was in error.

The case was due to resume on Wednesday, May 29. But prosecution lawyers told Judge Peter Gbenewelleh that they needed additional time to properly prepare for the trial.

Meanwhile, the judge has re-assigned the case for Wednesday, June 5, 2019.