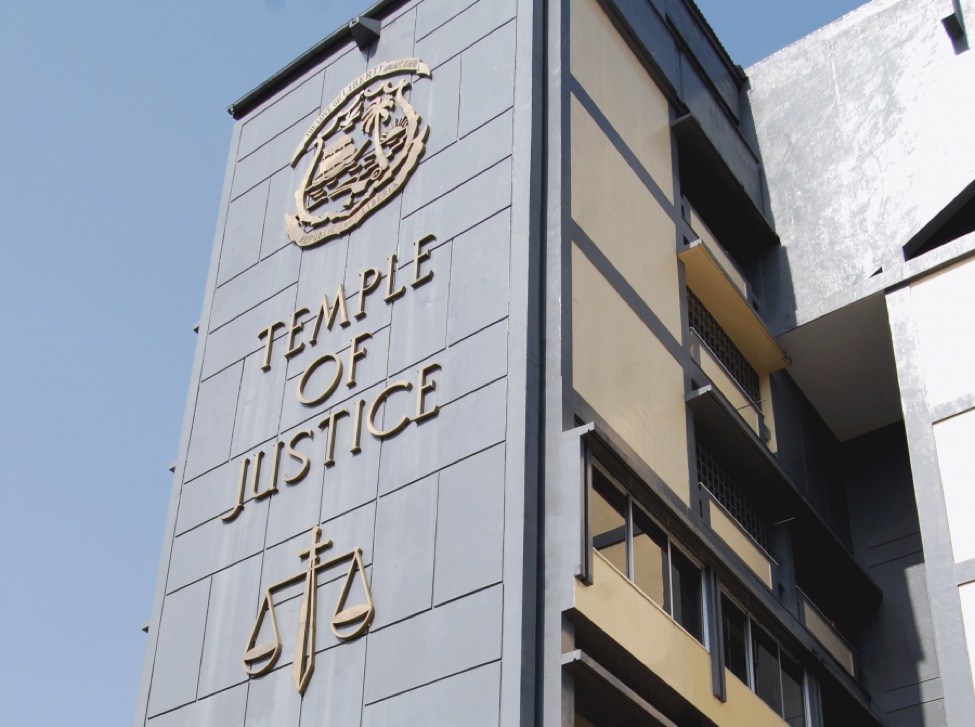 MONROVIA, Montserrado â€“ Supreme Court Justice Joseph Nagbe has issued a stay order on the ongoing trial of former and current officials of the Central Bank of Liberia who were indicted for illegally printing excess banknotes.

The stay order was issued on Monday after government lawyers filed a petition to the Supreme Court for a writ of prohibition against the trial, complaining that the Criminal Court C judge was being biased in the trial proceedings.

The former executive governor of the Central Bank, Milton Weeks, deputy governor for operations Charles Sirleaf, and director of banking Dorbor Hagba are facing multiple criminal offenses, including economic sabotage; misuse of public money, property, or records; illegal disbursement and expenditure of public money; criminal conspiracy; and criminal facilitation for their roles in printing new banknotes in excess of L$506 million in 2016 and 2017.

The men were charged in March following the release of a report by a presidential investigation team set up by President George Weah to investigate reports of the alleged missing billions in new banknotes. According to the report, the decision to print excess banknotes cost the government an extra US$835,361.

The police charge sheets also noted that the three defendants and two other employees of the Central Bank â€“ Richard H. Walker and Joseph F. Dennis â€“ are also criminally liable for L$2,655,000,000 brought into the country that is yet to accounted for.

The defendants were temporarily released on criminal appearance bonds. They appeared before Criminal Court C during the May term of court to justify their release from the Monrovia Central Prison.

The governmentâ€™s lead prosecution lawyer in the trial and Montserrado county attorney, Edward Martin, maintained that the bond submitted by the defendants were â€œinsufficientâ€ to secure their release from prison and asked that the court reject the bonds and order their reincarceration at the Monrovia Central Prison pending the submission of valid criminal appearance bonds that can secure their release.

However, defense lawyer Abraham Sillah, who represents the interest of Weeks, dismissed the claim that the bond was legally insufficient. He said the legal bond of his client is double what is legally required to secure his release.

The governmentâ€™s team of lawyers claimed in its petition that Gbenewelleh was proceeding wrongly with the trial. During the prosecutionâ€™s final argument against the defendantsâ€™ release, Martin openly accused the judge of being biased in the trial against the prosecution.

â€œYour honor, we have sat back and noticed that the court is not playing a twin motherâ€™s role in this trial,â€ Martin said.

â€œYour honor, if a twin mother sleeps on one side of the bed, only one child will benefit from the breast milk. Your honor, youâ€™re always asking us hard questions, but you donâ€™t ask the defense that same questions.â€

Meanwhile, Justice Nagbe has cited Gbenewelleh and members of the defense and prosecution for a conference over the prosecutionâ€™s petition on Tuesday, June 4.