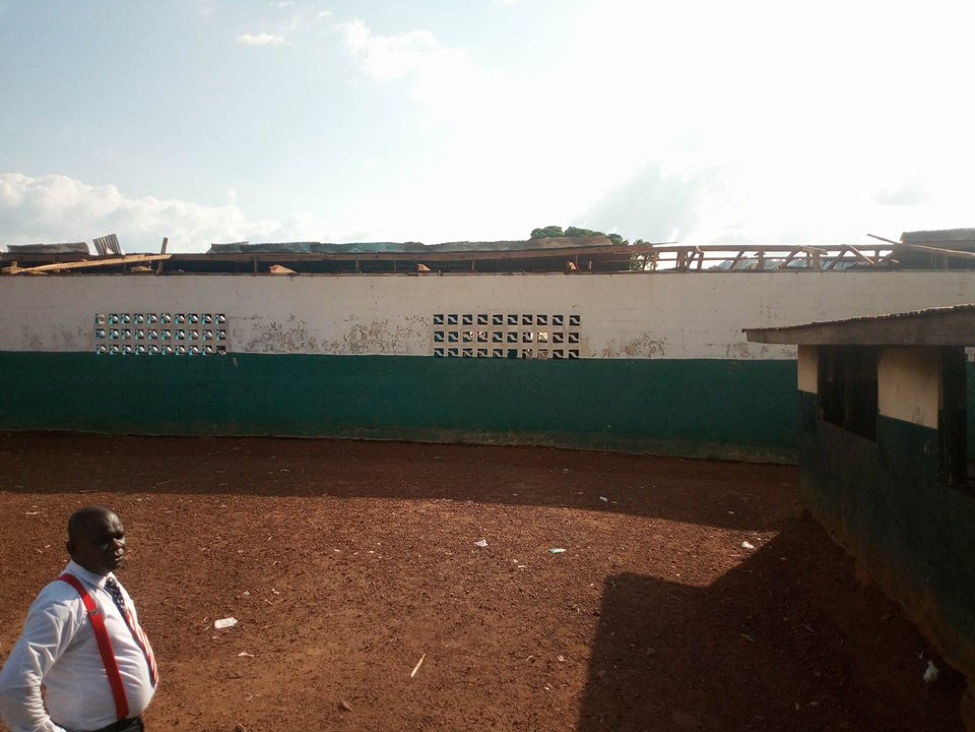 Victims of the storms have launched appeals to the government and institutions such as the Red Cross to help them repair their structures. They are appealing for building materials.

The principal of the Bakalu School, David Gbokay, told The Bush Chicken that the damage done to the school of 1, 375 students has â€œparalyzed normal academic activities.â€ â€œWe are not having classes at the moment. We need help to get the school up and functional again for our students,â€ Gbokay said.

After several years in ruin, the school was renovated in 2016 with funds from the Legislative Support Projects.

Maceslina Marshall Paye, the principal of the Feleta Children Village, says the storm removed the roof of the school. Like Bakalu, students of the Feleta Children Village are also currently out of school, according to Marshall-Paye.

â€œIf there is no intervention, the children will be out of school for some time,â€ Marshall-Paye noted.

Meanwhile, the Rep. Marvin Cole of Bongâ€™s third electoral district has made donations to stormsâ€™ victims in Gbarnga â€“ the community worst affected. Cole provided 100 bundles of roofing sheets to victims in the Civil Compound Community for distribution.

â€œIt is prudent to take the first step as their representative to ensure some measures are put in place to begin helping them,â€ Cole said. Cole also provided 50 cartoons of floor tiles to the Gbarnga Free Pentecostal Church and 25 bags of cement to the Hope International Church.

Coleâ€™s donations also affected the Gbarnga City Cooperation and a group of pastors; he gave them each one drum of diesel fuel. Beneficiaries of Coleâ€™s gestures extended appreciation to him for the intervention.

â€œWe applaud you for this and God will bless you,â€ the head of the Civil Compound Community said to Cole.

Liberiaâ€™s former ambassador to the United States, Jeremiah Sulunteh, has also provided roofing sheets to the Dolokelen Gboveh High School for repair on its facilities affected by the storms.

An associate of Sulunteh, John Flomo, said the former ambassador was aware of the damage done to the school and the donation was his way of contributing to ensure that the institution is revamped.

This is not the first time for storms to damage structures in Gbarnga. In March 2017, storms damaged several buildings in Gbarnga. The countyâ€™s biggest community radio station, Radio Gbarnga, had its roof destroyed and several of its broadcast equipment damaged. The station was off for a little over two months.
Radio Gbarnga returned to the airwaves following the intervention of community members, institutions, and Internews.