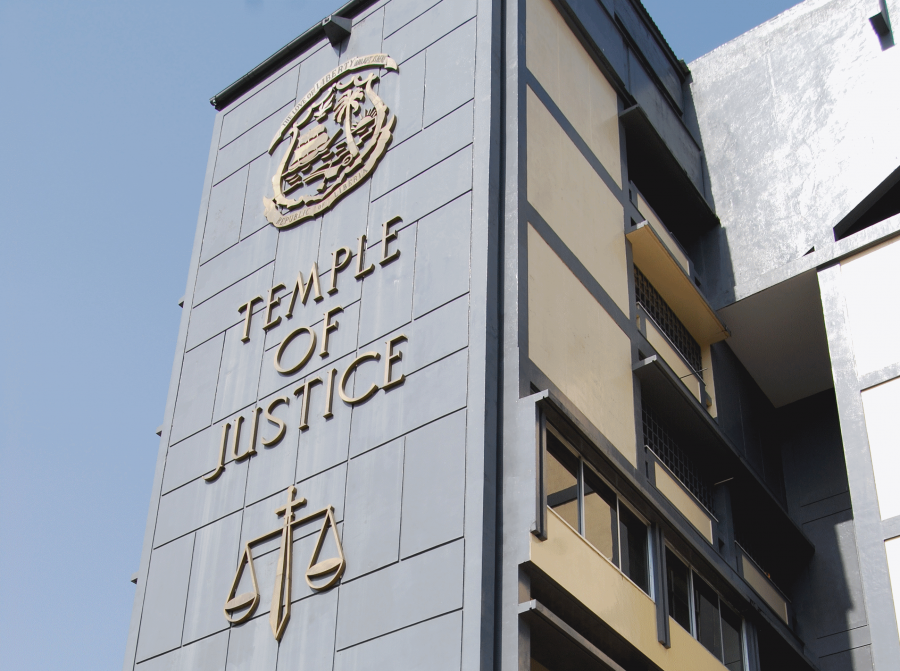 MONROVIA, Montserrado â€“ The Supreme Court of Liberia has placed a stay order on ongoing proceedings by members of the legislature to impeach three justices of the court.

Recently, five members of the legislature submitted a petition to their colleagues for the impeachment of Justices Kabineh Jaâ€™Neh, Jamesetta Wolokolie and Philip Banks.

Three members of the Senate, Dan Morais, Peter Coleman, and Jim Tornola; and Representatives Numene Bartekwa and George Mulbah of the lower house in their petition accused the justices of violating their oaths of office by engaging in misconduct, gross breach of duty and exhibiting clear inability to perform the functions of their offices as associate justices.

â€œWe petition you to cite theses justices to show cause, if any, why they should not be impeached and removed from their offices as associate justices of the Supreme Court,â€ the lawmakers told the Judiciary committees in their petition.

The lawmakers said their petitions were in response to the recent Supreme Court rulings involving the Code of Conduct.

Both menâ€™s nominations were rejected by the National Elections Commission because the commission said they had violated the Code of Conduct not resigning their positions two years prior to the election.

Karnwea and Sulunteh filed separate petitions to the court against NEC to reverse its decision against them.

The court, in its opinion, questioned NECâ€™s decision to reject the two individualsâ€™ nominations, noting that they were in â€œsubstantial complianceâ€ of the law, contrary to the commissionâ€™s argument. Justices Phillip Banks and Jamesetta Wolokolie read the rulings on behalf of the court.

Except for Justice Sie-a-Nyene Yuoh, who was out of the country during the ruling, the courtâ€™s opinion was signed by Chief Justice Francis Korkpor and the three Associate Justices. It is not clear why the lawmakersâ€™ action is only directed at the three justices.

According to a statement issued on Wednesday, the court has questioned the legal authority and power of the representatives to cite any justice for opinions rendered by the court.

The Constitution protects the justices from being â€œsummoned, arrested, detained, prosecuted or tried civilly or criminally by or at the instance of any person or authority on account of judicial opinions rendered or expressed, judicial statements made, and judicial acts done in the course of a trial in open court or in chambers.â€

The House of Representatives and its judiciary committee have also been ordered to stay all further actions in the petition for impeachment until the Supreme Court has made a final determination of the constitutionality of their actions.

Montserradoâ€™s eighth district representative, Acarous Gray had earlier disagreed with his colleagues on their decision against the three justices.

Gray said the action of the lawmakers for a bill of impeachment was politically motivated, and only intended to promote a Boakai presidency.

â€œI am not going to play to the Unity Partyâ€™s political undertone,â€ he said.

According to him, those who wrote the impeachment communication are the â€œwrong messengers,â€ adding that they are all campaigners for a Boakai presidency.

To support his statement, Gray said Rep. Numene Bartekwa, who is leading the campaign in the House of Representatives, headed an effort that saw Boakai endorsed by a large number of representatives.

Additionally, senators pushing the impeachment campaign in the senate are also lawmakers who endorsed the candidacy of the Vice President. â€œThe action against the three justices is meant to give Boakai a free ride at the level of the court,â€ Gray said.

He said although he did not holistically agree with the court on its opinion in the code of conduct case involving NEC and the two vice standard bearers, the law must be respected.

â€œWe have passed laws that other people disagreed with, but at the end of the day, once the law is constitutional, it remains and you must abide by it,â€ he noted.

According the constitution, the power to prepare a bill of impeachment is vested solely in the House of Representatives. However, it provides for the chief justice to preside when the president or an Associate Justice is to be tried. The law provides for the legislature to prescribe the procedure for impeachment proceedings in conformity with the requirements of due process of law.

However, Gray said it is conflicting when the senators who should serve as jurors during the impeachment proceedings are the ones behind the bill of impeachment, rather than the House of Representatives.

He called on Speaker Emmanuel Nuquay, who is also running mate to Boakai on the Unity Party ticket, to act in accordance with the law.