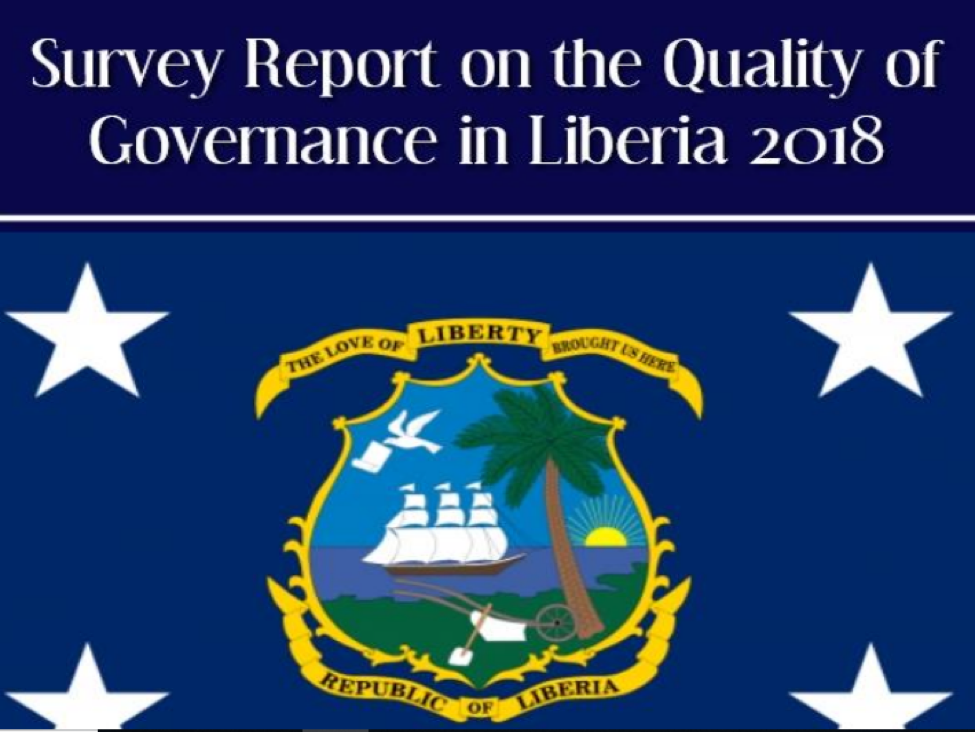 MONROVIA, Montserrado- Liberiaâ€™s Prime Democracy Advancement Institution under the National Youth Movement for Transparent Election or NAYMOTE has released its fifth Survey report on the quality of governance in the country.

The report rates the Liberia Drug Enforcement Agency or LDEA as the least trusted security agency. It says, 72% of respondents of a total sample of 3,185 registered voters from 46 electoral districts in all 15 counties hold no trust in the LDEA.

Also, of the total number of respondents, only 10 percent currently hold trust in the drug law enforcement agency, while 18 percent responded fairly trust. Women made up 46 percent of the total sample, most of whom are young people.

The LDEA is closely followed by the Liberia Immigration Service or LIS which has 21 percent of respondents still having trust in its activities. Additional 26 percent have no trust in the LIS, while 53 percent respondent said they fairly trust the entity.

According to the report, the Armed Forces of Liberia or AFL is the most trusted security agency in the country, with a yes from 61 percent of all respondents. 32 percent responded fairly trust, while only four percent responded that they have no trust. But the remaining three percent were undecided.

Generally, the report rates the government performance in handling the economy; job creation; improving the living standard of Liberians; keeping prices stable; and improving health services as poor, while also doing very poorly in the fight against corruption. The government also performed fairly in addressing the educational needs of citizens; addressing infrastructural development, including road; and addressing the needs of youths and women as fair.

64 percent of the total sample at the same time respondents also believe that the country is headed in the wrong direction.

For democracy, most Liberians are satisfied with the way it is currently working, as up to 74 percent of the respondents expressed, they were impressed. Six percent also very satisfied, while 19 percent are dissatisfied. Only one percent of the sample said they are unaware.

On the performance of lawmakers, the report shows that most Liberians think their lawmakers are poorly performing, as only 25 percent of respondents said lawmakersâ€™ performances were good, while 30 percent graded their performance as fairly.

Nearly 90 percent of the sample believe that it is inappropriate for local leaders, including chiefs, must be elected rather than being appointed by the president. Also, on average, the respondents want the government to prioritize addressing the economic situation in the country, followed by education, health, infrastructure, and unemployment.

Meanwhile, Naymote Partners for Democratic Development Executive Director, Eddie Jarwolo disclosed that the results of the survey only reflect the perception of the respondents. Â Jarwolo said the result has no views, choices or perception of the enumerators and the management of his organization.

â€œThis is simply an exercise organized to assess citizensâ€™ perception on the quality of governance in Liberia,â€ he said.

He said his organization strongly believes that the report will help to strengthen democratic governance and public service in the country.

NAYMOTE a leadingÂ national NGO working to promote democratic governance, peacebuildingÂ and civic engagement in Liberia. It is a member of several global movements, including the World Youth Movement for Democracy, and National Civil Society Council of Liberia.