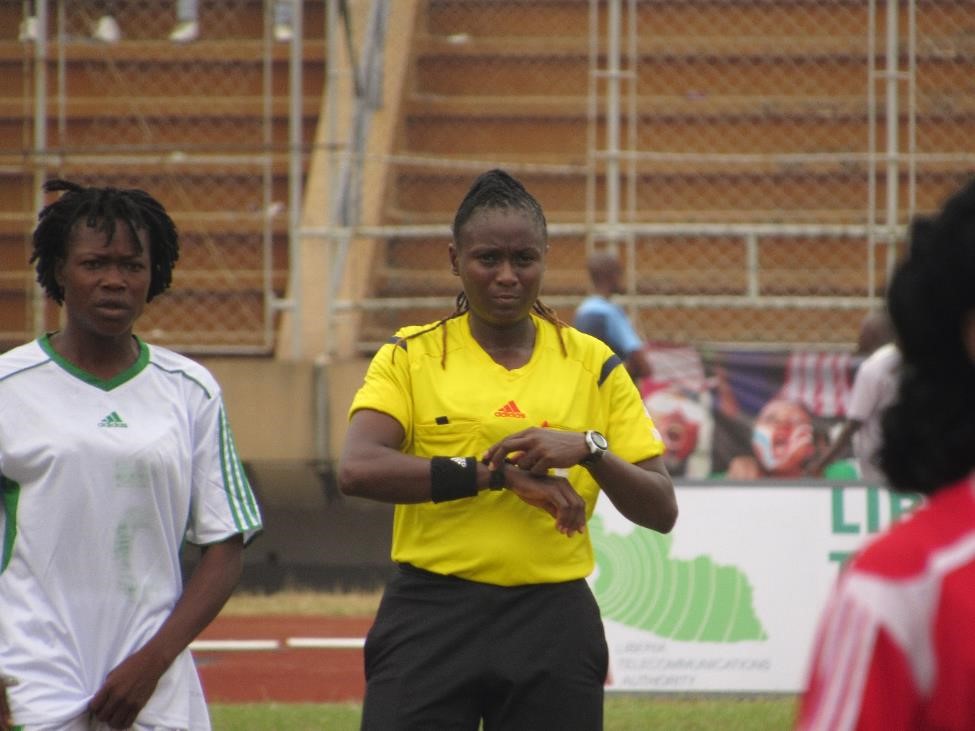 MONROVIA, Montserrado â€“ The Liberia Football Referee Association has released the names of referees accepted by footballâ€™s governing body, FIFA, with Sylvania Garnett becoming the only woman making the list of referees for 2019.

Sylvania Garnett was accepted as a female international referee. She became the first female to officiate in the National County Sports Meet when she oversaw the first womenâ€™s football game where Lofa grabbed a 4-0 win over Margibi. She went on to officiate the final game between Nimba and Lofa, which was won by Nimba from the penalty spot after both teams drew in 90 minutes.

Garnett was excited to have been named among the referees as she looks forward to embracing the new challenge. She told The Bush Chicken that being named as a FIFA-badged referee comes with huge responsibilities and sheâ€™s prepared for the task ahead.

â€œIâ€™m glad to have been named among the [FIFA] referees,â€ she said. â€œIâ€™ve been preparing for [a]Â time like this and Iâ€™m fully prepared for the tasks ahead.â€

She becomes the first Liberian female referee in eight years to be accepted by FIFA.