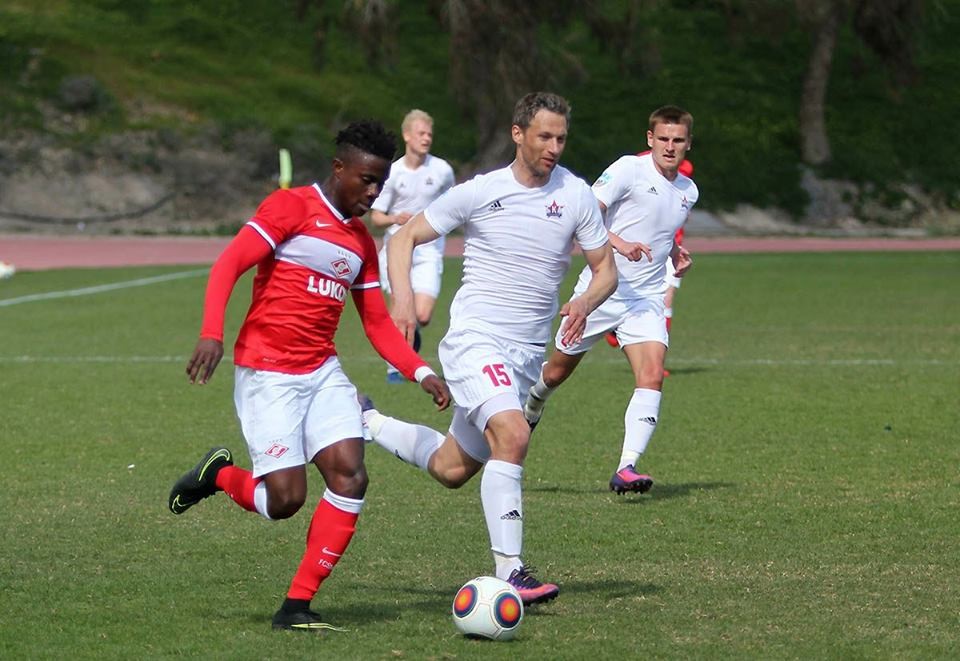 After two years with Czech Republican club, MFK Kravina, the former Monrovia Club Breweries wonder kid joined the Russian heavyweight side after penning a three and the half year deal. He made his debut on March 19 against rival club, Dinamo Moskow in round 26 of the Football National League. Nimely came on as a 68th-minute substitute for 20-year old Russian forward Vladislav Panteleev as Spartak Moscow was held to a 1-1 draw with table-toppers, Dinamo Moscow.

Nimely may have played just 22 minutes against Dinamo Moscow, but his performance did not go unnoticed by his head coach, Dmitri Gunko, who handed him his first start at home against FK Baltika Kaliningrad on Thursday, March 23.

The 18-year-old played the full 90 minutes but couldn’t prevent his side from bowing in a narrow 2-1 defeat to a team that is lying bottom of the league table.

Kirill Rodionov put Balitka ahead in the 37th minute, and the visitors held on to their lead until Spartak leveled the score in the 87th minute through Evgeny Makeev.

Before the equalizer, Spartak’s roster was reduced after both Ivan Khomukha and Artem Samsonov were shown red cards in the 67th and 80th minutes. Playing 11 against nine, Balitka ensured they got all three points by scoring a late winner. Burkina Faso youngster Abdoul Gafar scored in the stoppage time to deny Spartak from getting a point at home.

The defeat leaves Spartak at the sixth position on an 18-team table with 41 points from 27 games. Having drawn their previous game before bowing to Balitka, they will go in a hunt for all three points when they play away at 13th placed Zenit Saint Petersburg II.