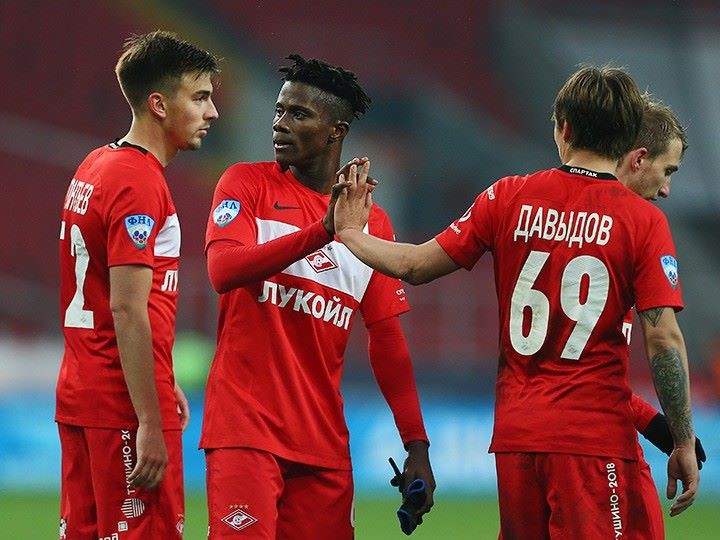 Ahead of the 2017-18 Russian Premier League football season, highly rated Liberian international Sylvanus Nimely has been named in Spartak Moscow’s 24-man squad for their preseason camp in Austria.

The captain of Liberiaâ€™s under-20 national football team joined the Russian league champions back in February from Czech Republican team MK Kravina on a three-and-a-half-year deal before the start of the second phase of the 2016-17 Russian league season.

He eventually became a key figure in Spartak Moscow II’s squad. Nimely went on to play 11 games, scoring once to help his side to a sixth-place finish on a 20-team table. His work with Spartak Moscow II caught the attention of the technical staff, who handed him a place on the senior team for a friendly encounter with Serbian league giant, Red Star Belgrade.

With less than a month to kick off the new Russian league season, Nimely has been given the chance by Spartak’s technical team to justify his inclusion on the first team. The team arrived in Villach, Austria on June 24 where they will continue preparations to defend their title when the new season begins in July.

After participating in the team’s first training session, the 20-year-old attacker told The Bush Chicken he felt normal and hoped to be selected as part of the first team for the new season.

â€œI’m glad to be part of the first team,â€ he said. â€œWe have completed the first training session and I’m feeling normal. God will decide my fate. Entering the first team is a decision of the technical team, but I’m working harder to be a part, as it is the dream of every young player.â€

Nimely will have played for two senior teams in the space of two months if chosen to represent Spartak Moscowâ€™s senior team in the 2017-18 Russian Premier League. The right-footed winger recently participated in the senior national team of Liberia’s 1-0 win over Sierra Leone and the 3-0 loss away to Zimbabwe in the 2019 Africa Cup of Nations qualifiers.