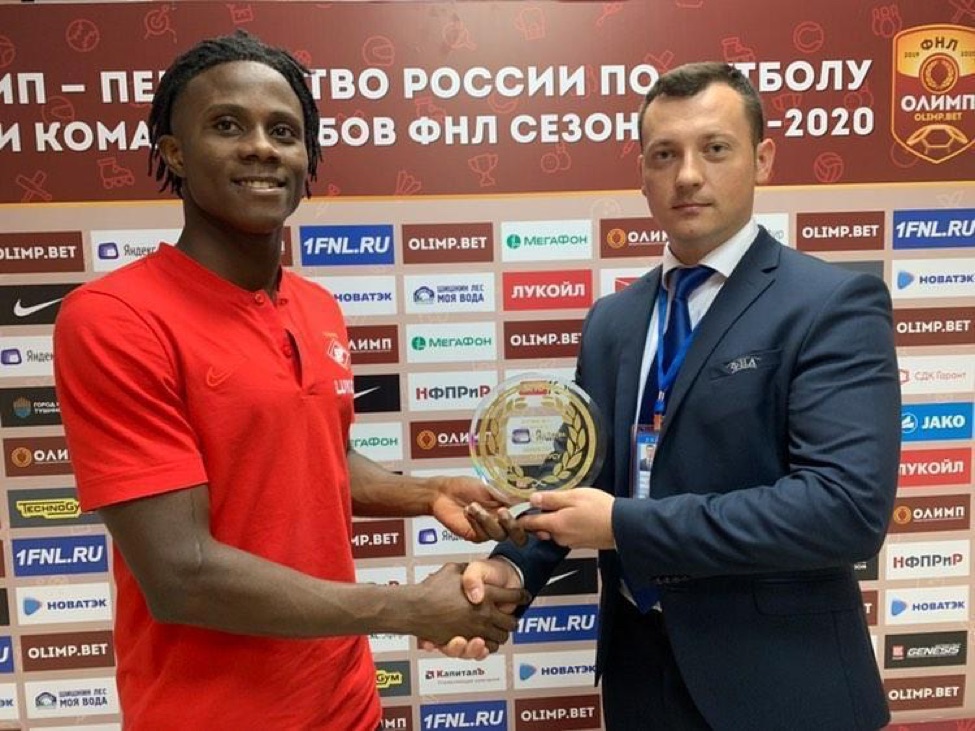 Liberian forward Sylvanus Nimely has won his first prestigious award in Europe after being named the best foreign player of the 2017-18 Russian First Division.

The former Monrovia Club Breweries attacker was excited for the award. He took to his Instagram page to express his joy on receiving it.

“I am extremely honored and thrilled to receive such an important award,â€ he wrote. â€œI have faced already several challenges in my young life, but each one of them has only strengthened me and given me the power and belief to make me the person I am today.”

He thanked his agent, his elder brother Alex Nimely, his family, and fans that have helped him along the road to his recent success.

Nimely said the award has motivated him to work harder to achieve more: “Now I am even more energized and will work harder and harder every day with the promise that there are more to follow.”