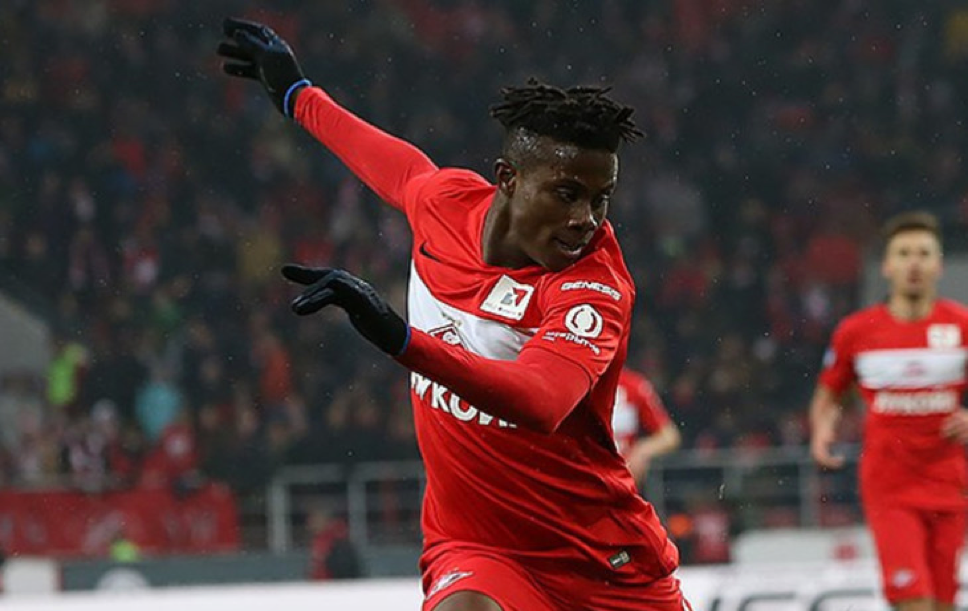 Liberia international forward Sylvanus Nimely saved his Russian First Division side Spartak Moscow II despite ending the match against Olyimpiyets with 10 players after Russian midfielder Zalimkhan Bakaev was given a red card in the 20th minute.

The former Monrovia Club Breweries forward scored the equalizing goal for the Moscow-based club to ensure that his club earned one point. With Moscow down 2-1 at home, Nimely scored in the 67th minute to save the day for his side, which has yet to win in their last five games.

The match itself began on a difficult note for Spartak Moscow II, which conceded early. Anatoliy Nezhee gave Olyimpiyets the lead in the 15th minute before Spartak Moscow II was reduced to ten men five minutes later.

Zalimkhan Bakaev was given a straight red for a reckless challenge. Viktor Sergeev doubled the lead for Olyimpiyets in the 41st minute and Moscow was unable to get a goal in the remaining four minutes of the first half as they went to the break two goals down.

Playing with ten players and two goals down, it all appeared to be over for a Spartak Moscow II team that has been struggling to find the back of the net in their previous matches. However, Moscow ended up producing two goals in the final 45 minutes to get a share of the points.

They pulled a goal back just five minutes into the second half through 20-year-old Russian defender, Artem Mamin, before Liberiaâ€™s Nimley got the score leveled in the 67th minute.

Nimely scored his fourth goal from 21 appearances to help Moscow sit at the 13th position with 35 points from 30 games. Moscow will be looking for their first win in six appearances during the weekend when they face Krylya Sovetov away from home.

Spartak Moscow II bowed out of the 2017-18 Russian Cup in February after losing to Krylya from the penalty spot. Nimely believes it will be the perfect time for a pay back with Moscow hungry for a win after six games.

He told The Bush Chicken that his side is willing to put in the maximum hard work to get the revenge.

â€œA very hard game it will be this weekend. No disrespect to them, but we will handle them,â€ Nimely said. â€œI think it is time to pay back. They got us out of the FA Cup and now we have them. We are going to them well prepared. This time, we are going only for a win.â€