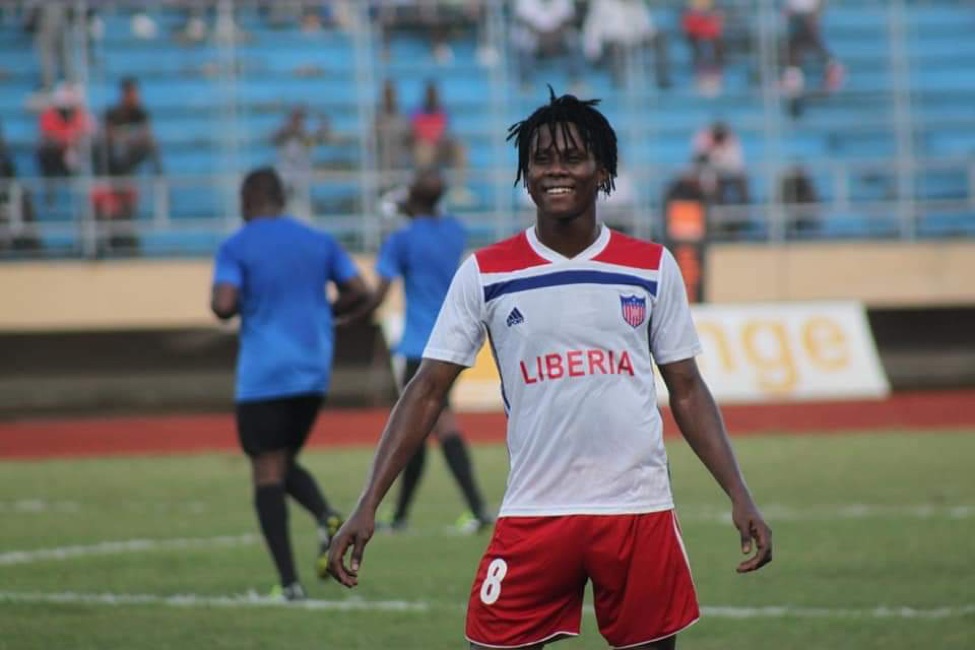 Liberian forward Sylvanus Nimely has scored his first professional hat-trick in Russia and provided two assists to help his side get a 7-2 win over Fakel.

Nimely plays for Spartak Moscowâ€™s feeder team, and in an interview with The Bush Chicken, Nimely said he’s pleased with his current form, but not complacent as he continues his fight for a place in the senior team that plays in the Russian Premier League.

â€œI’m learning and improving here,â€ he said. â€œThe most important thing is that I’m having more playing time and I’m working harder to make my way to the senior team. I’ll keep working and will wait for the right time.”

The former Monrovia Club Breweries forward had taken to Facebook to express his delight at his performance, writing: â€œVery delighted and grateful for my first hat-trick in my career plus two assists. It was a fantastic game of the whole team and a well-deserved win.”