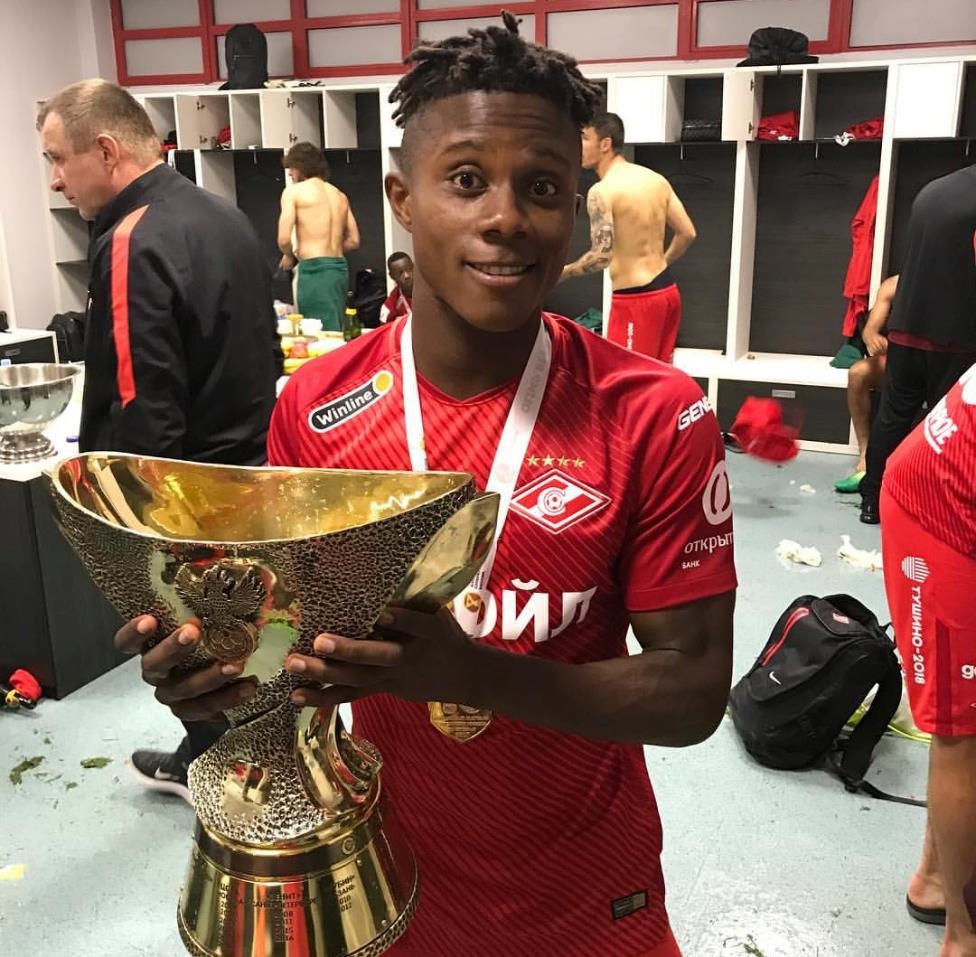 The glory days in football has begun for Russian-based Liberian forward Sylvanus Nimely, who is playing his professional football for Russian Premier League champions, Spartak Moscow.

Just less than a year after moving to the Russian capital from Czech Republic first division club MFK Kravina, the 18-year-old forward has already laid his hands on his first piece of silver wear at the club.

Nimely, who traveled with the senior team of Spartak Moscow for their preseason camp in Austria, was an unused substitute in Coach Massimo Carreraâ€™s 23-man squad that won the 2017 Russian Super Cup after a 2-1 win over rivals Lokomotiv Moscow.

Both teams played to a goalless draw in the full 90 minutes before going into extra 30 minutes of play where the winner was decided. Luis Adriano put Spartak ahead 11 minutes into the first half of the extra time before Promes doubled the lead two minutes later. Lokomotiv pulls one back before the break but failed to score again in the second half as Spartak eventually became the champions of the Russian Super Cup for the first time in their history.

Nimely might not have played a part in Spartakâ€™s Super Cup glory, but the young forward feels heâ€™s on the right path. As a member of the first team, he would also be available for selection for the junior side to have more playing time and itâ€™s about time he remains focus and put in more hard work.

â€œWell, I give God the Glory,â€ he told The Bush Chicken. â€œThis is something every young player would dream about. Now, I can see Iâ€™m in the right direction. It is about time to remain focused and put in more work to achieve my goal.â€