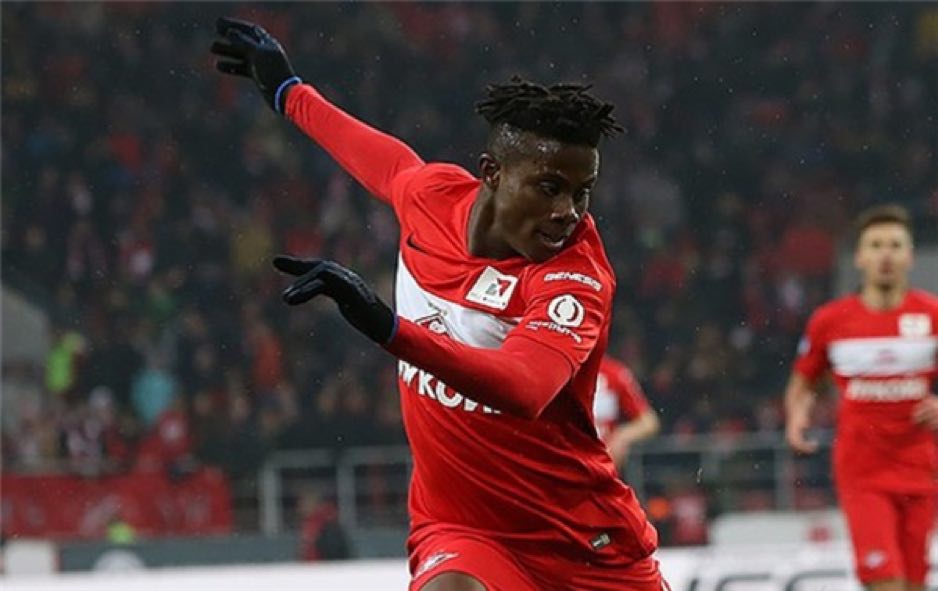 Russian-based attacker Sylvanus Nimely has opened his scoring account for the 2018-19 league season with a goal that helped his team, Spartak Moscow II, win a point away from home in round three of the Russian National First Division.

The 19-year-old attacker scored the clubâ€™s only goal in a 1-1 draw against FK Shinnik Yaroslavi away from home. Before the match against Shinnik, Spartak Moscow had won one and drawn one from their two games played in the new league season and were hoping to move among the top four teams on the league table.

Spartak Moscow II, which is the junior side of Russia Premier League club Spartak Moscow, got off to a flying start in the match after taking the lead in the first half. Nimely scored from within the penalty box to hand Moscow the lead. They defended their narrow lead until the end of the first half.

However, the home side came from the break stronger and were able to get the equalizer while stopping Spartak from scoring again. FK Shinnik scored in the 53rd minute through 37-year-old Russian attacker, Eldar Nizamutdinov.

From three games into the new season, Spartak Moscow II has now drawn two and won one. They are seated 10th on a 20-team log with five points, four less than league leaders, Tom Tomsk. Nimelyâ€™s Moscow will go in search of their second win of the new season when they travel away at FC Sibir Novosibirsk on Saturday, August 4.

The goal was Nimelyâ€™s seventh for the club since his move to Russia during the 2016-17 winter transfer. The former Monrovia Club Breweries attacker was signed by the clubâ€™s senior team. Immediately after joining the Spartak Moscow, Nimely was sent to the junior side in the second tier of Russian football to have more playing time and develop for the first team.