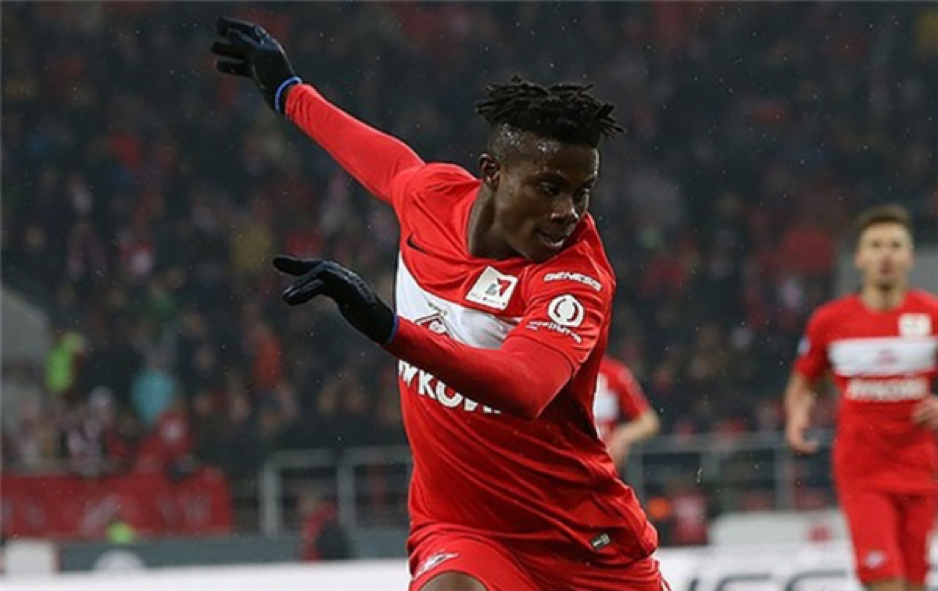 Russian-based Liberian forward Sylvanus Nimely is still not a starter on Spartak Moscow’s senior team in the Russian Premier League, but the former Monrovia Club Breweries attacker continues to prove why he is the future of the club’s attacking force.

The 20-year-old scored his seventh goal of the 2018-19 league season in the second tier of Russian football midweek to help Spartak Moscow II get a 2-1 win away at FC Tyumen.

Moscow, sitting at the 12th position on the league table, went into the match as the favorite despite playing away at Tyumen, which is facing relegation.

After few chances created in the early minutes of the match, Spartak Moscow II got the first goal of the match in the 32nd minute through 19-year-old Russian winger Soltmurd Bakaev. Bakaev’s goal lasted for six minutes and Spartak Moscow II got their lead doubled through Sylvanus Nimely. Nimely capitalized on a goalkeeping error from Tyumen’s 28-year-old Russian goalkeeper, Stanislav Buchnev, to score in an empty net.

The home side pulled a goal back in the stoppage time of the first half through Serbian midfielder, Vladan Milosavljev and were unable to score after the break as they went down 2-1 to Spartak Moscow II.

The match was Nimely’s 27th league game in the Russian National Football League. He managed to make his debut in the Russian Premier League on October 10, 2018 in Spartak Moscow’s 1-1 draw away at Rubin Kazan. He has also managed to provide four assists in his 27 games played in the league.