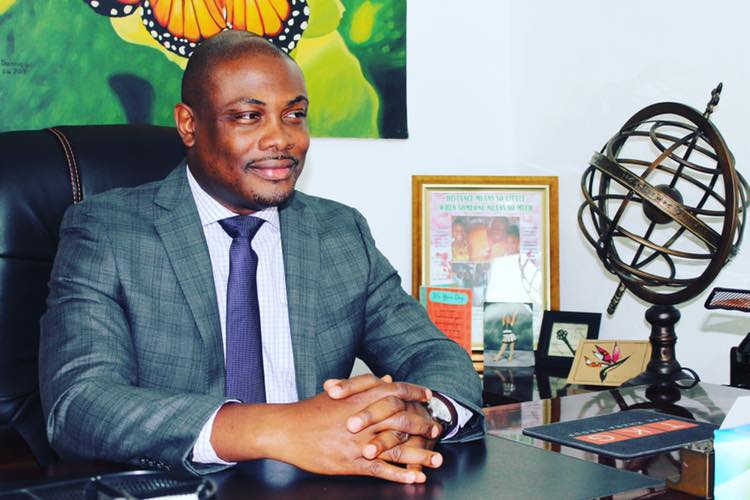 MONROVIA, Montserrado – The Alternative National Congress’ Taa Wongbe has announced that he has signed a memorandum of understanding with the opposition Collaborating Political Parties in a bid to further his plans of attaining the group’s endorsement in his pursuit of Nimba’s senatorial seat in the 2020 election.

The CPP is an alliance of four political parties: the Alternative National Congress, the Unity Party, the Liberty Party, and the All Liberian Party. The parties began collaborating after they lost the 2017 presidential elections against President George Weah’s Coalition for Democratic Change, deciding to come together to be a more formidable force. That alliance was only formalized on August 14 this year when the National Elections Commission provided a certificate to the CPP, allowing it to operate as an alliance.

A key requirement of the MOU Wongbe signed is that all candidates agree to go through the CPP primary process, and if they lose, they will “not contest in the same election as an independent candidate or on any other party’s ticket.”

In an article that appeared last year in The Bush Chicken, Khana Group CEO Taa Wongbe expressed his interest in contesting for the senatorial seat, a position currently occupied by Sen. Thomas Grupee. He will likely also be running again Liberty Party’s Edith Gongloe-Weh, who Wongbe has accused of not signing the candidate MOU by the appointed deadline.

Wongbe’s manifesto mainly bases on agriculture, whereby districts within Nimba are to enter agriculture-based private-public partnerships to generate not only income but also jobs for Nimba citizens.

“I believe one of the key things around Nimba County is agriculture and that is going to be one of my major focus,” said Wongbe during the interview.

In his submission, he proposed that each district should have its own agriculture project whereby they get into private partnerships, thereby creating its own funding in the event that the government fails to fund them.

Wongbe, who has a background in business development and management, said that he predicted that each district would be able to generate revenues of between US$2-3million and also have net annual earnings of around US$250,000.