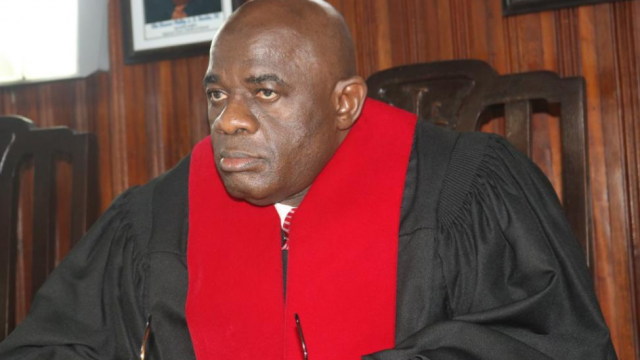 On Tuesday, October 30, the Executive Mansion announced that President George Weah appointed J. Boima Kontoe, a resident judge of the Ninth Circuit Court in Bong, as ad-hoc justice to sit for the hearing and determination of a writ of prohibition in the matter brought on behalf of Associate Justice Kabineh Ja’neh of the Supreme Court.

With 60 percent of current lawmakers being booted out of office, one may get the idea that Liberian voters are simply punishing all lawmakers.

Two executives of the opposition Congress for Democratic Change have disproved allegations that the party’s standard bearer, George Weah, holds an American citizenship.

Members of the House of Representatives have voted to reject the writ of prohibition issued by the Supreme Court against their impeachment proceedings over three justices of the court.

The Executive Mansion has reaffirmed President Ellen Johnson Sirleaf’s supports to the candidacy of Vice President Joseph Boakai in the October elections.

The House of Representatives has summoned the management of telecommunications firm Lonestar Cell MTN before the plenary on Thursday for undermining the government by the suspension of its three-days free call promotion.