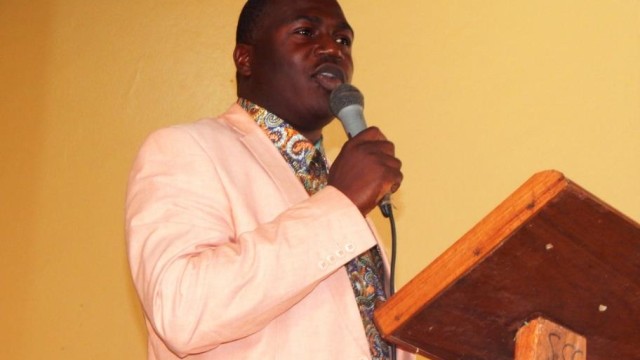 Jeremiah Koung, representative for Nimbaâ€™s first district, has for the first time commented on the National Code of Conduct, offering a defense for the controversial law.

At least since the 2005 and 2011 elections, Liberian newspapers have been running editorials and op-eds claiming that we have way too many political parties.

Amid the release of IREDDâ€™s 2015 legislative performance report which scored Margibiâ€™s Senator Jim Tornonlah poorly in plenary participation, the senatorâ€™s office has declined to state a date when the senator will make a constituency report to citizens of the county.

Supporters of detained activist Vandalark Patricks are mounting pressure on the government over his imprisonment at the Monrovia Central Prison.

Though security measures are said to be in place at the headquarters of Liberia National Police following the arrest and incarceration of Vandalark Patricks at the Monrovia Central Prison last week.

Just behind the wall at the turn to Bernardâ€™s Beach, between President Sirleafâ€™s house and the CDC headquarters lies a restaurant, which in my opinion offers the best value for your money in all of Liberia.

The Constitution Review Committee has ended a four-day National Constitution Review Conference in Gbarnga. The four days exercise brought together delegates from the fifteen subdivisions and the Diaspora to vote on 25 issues to be forwarded for amendments to the 1986 constitution including reducing term durations for political offices and making Liberia a Christian state.