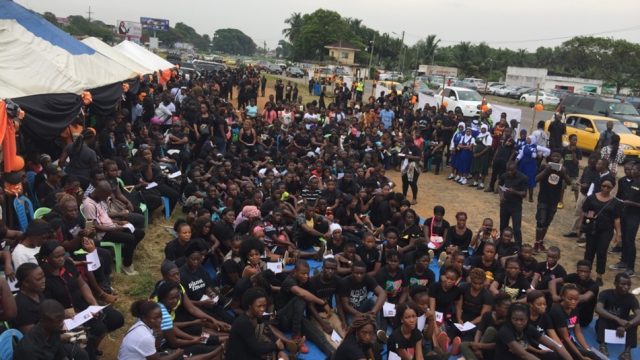 Activists are gathering for a mass sit-in today at the Monrovia City Hall to demand actions from the government to end violence against women.

The by-election for representative of Montserrado’s thirteenth district appears to have been conducted smoothly, amid heavy security.

The National Elections Commission has expressed great concern over Saturday’s electoral violence in Montserrado’s 13th district, ahead of Tuesday’s by-election.

Like him or not, President George M. Weah will be credited for offering youth the privilege to assemble at the table of governance with the golden opportunity to provide their insights in plotting a smooth trajectory for Liberia.

The Liberia National Police has refuted reports that one person died on Saturday, November 17 as a result of violence that ensued between supporters of some political parties contesting Montserrado’s 13th district representative by-election.

I was 12-years-old when Ellen Johnson Sirleaf was elected as president. I hoped to see more replicas of her but to my dismay, women accounted for only 10.2 percent of successful candidates in the 2011 elections, and between 2005 to 2015, only 11.9 percent won. My prayers were answered when Cornelia Kruah-Togba announced her candidacy for representative in Montserrado’s 13th district.