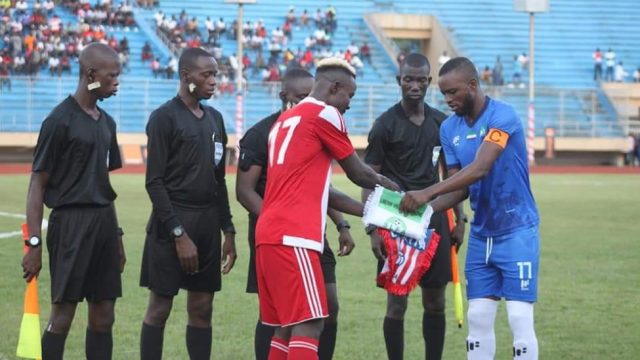 The rivalry between Liberia and Sierra Leone continues this year after Sierra Leone was reinstated in the 2019 WAFU Nations Cup that will be hosted in Senegal.

The world football governing body, FIFA, has given the green light to Liberian international striker, William Jebor to continue playing for his new club in the United Arab Emirates Pro League after his former club filed a complaint against him for joining Al-Fujairah as a free agent.

The Liberia Football Referee Association has released the names of referees accepted by footballâ€™s governing body, FIFA, with Sylvania Garnett becoming the only woman making the list of referees for 2019.Â Â Â Â Â

Stakeholders of the Liberia Football Association will go to the polls on Saturday, April 14 to elect new officials after eight years under Musa Hassan Bilityâ€™s administration.

The vice president of administration of the Liberia Football Association, Musa Shannon, who is a presidential candidate in the LFA election on April 14, has admitted to receiving a share of the money FIFA sent during the Ebola period for awareness.

As countries were busy in action during the just ended FIFA international friendly break, Liberians were left surprised by not seeing their national team in action despite two scheduled games.

Referee Abraham Fahnbulleh has been named a FIFA assistant referee nine years after he joined the Liberia Football Referee Association.