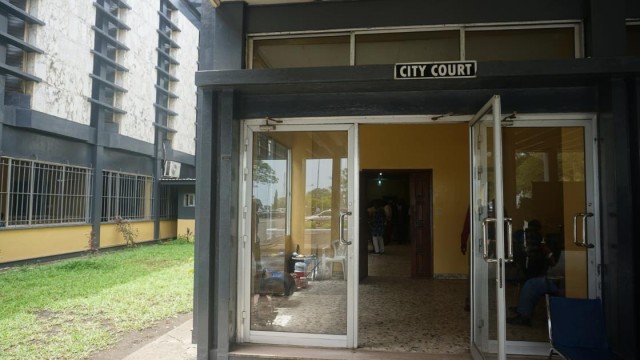 The Liberian National Police on Thursday, May 18, charged and forwarded to court for prosecution eighteen students of the United Methodist University for their involvement in the May 12 protest in front of the Commerce Ministry.

At least eight people are feared dead while over ten others are severely injured as a result of a tragic motor accident involving a mini Ford truck and two commercial motorcycles at Morris’ farm along the Suakoko Highway on Monday.

Employees and retirees of Firestone say they are worried by the company’s recent decision to transfer pension responsibilities to the National Social Security and Welfare Corporation, commonly known as NASSCORP.

At a press briefing this past weekend and following UNMIL’s handing over security to the government, Nimba Superintendent Fong G. Zuagele said he believes that Liberia can overcome security threats if its citizens take the initiative to maintain peace.

At the Roberts International Airport, families who are seeing off travelers will now find that security guards at the entry gate will prevent them from entering beyond the perimeter gate.

Sen. George Weah of Montserrado County released his annual report for 2015, in which he discussed his office’s accomplishments in 2015, challenges they faced, and his plans for the 2016 legislative session. Among other subjects, the report covered the Liberian legislative budget, Weah’s work for police reform, and his personal philanthropic work.

Amid the defense team’s request to reduce the police presence, Judge William Sando has suspended proceedings in the human trafficking case involving 14 Liberian girls due to an incomplete jury.