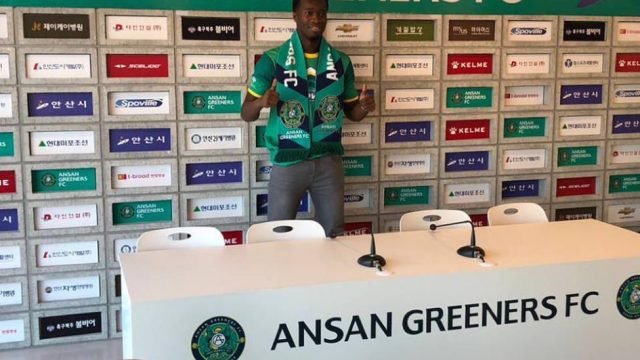 Many Liberian players, already playing in the low profile Asian leagues, have seen their contracts terminated or not renewed. Here is the list of top Liberian players that are without clubs.

After missing out on getting a place in the 2017 Nations Cup, Lone Star will begin its bid for a third appearance at the continental competition on June 11 when the national team travels to the Warriors of Zimbabwe at the National Sports Stadium in Harare.

Round three of the 2017 United Soccer League was played over the weekend with Liberian striker Seku Conneh registering his name on the score sheet in the match involving newly formed USL team Bethlehem Steel and the Rochester Rhinos.

Sam Johnson might have failed to score a goal to help Liberia secure a Nations Cup qualification in Tunisia, but the former Djurgardens IF forward continues his scoring spree for his Chinese League One club, Wuhan Zall.

During the 2016 winter transfer period, Liberian striker Seku Conneh bid farewell to European football to join the newly formed club, Bethlehem Steel of the second division United Soccer League. The move sparked serious arguments among Liberians, many of whom considered it a poor decision. However, Conneh has insisted that he has no regrets about his decision to turn down offers from clubs in Europe to move to the United States of America.