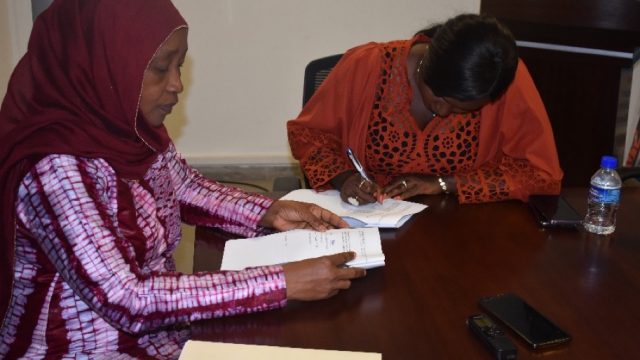 The National Fisheries and Aquaculture Authority has signed a Memorandum of Understanding with the U.N. Food and Agriculture Organization to begin conducting research on its fisheries.

On July 25, 2018, I lamented our claim to independence for not taking ownership of our failings or actions within our control to change the trajectory of our nation. Having read the editorial by FrontPage Africaâ€™s Rodney Sieh published on 25 July 2019, I felt obliged to give a different analysis. There are some points in the piece that I agree with, but a lot I believe are misplaced. I would like to deconstruct the narrative proffered by my countryman, whom I respect and applaud for his excellent investigative reporting.

Amos T. Boe, a 49-year-old photographer, still wears the wounds from the day in August 1994 when he lost three of his family members and almost lost his own head.

Equal pay is a recognized human rights issue by the United Nations, whose Sustainable Development Goals call for equal pay for equal work. However, women currently make 77 percent of what men make on average.

A Liberian delegation is currently in Geneva, Switzerland to attend the 108th session of the International Labor Conference.

Liberian citizens residing in the U.S. gathered on Friday before the Liberian embassy in Washington D.C. to present a petition to the ambassador accredited to the U.S., George Pattern. The gathering was held simultaneously as the mass protest in Monrovia.

Ahead of the mass protest expected to take place tomorrow in Monrovia, President George Weah has ordered that all government ministries and agencies must remain open and functional.