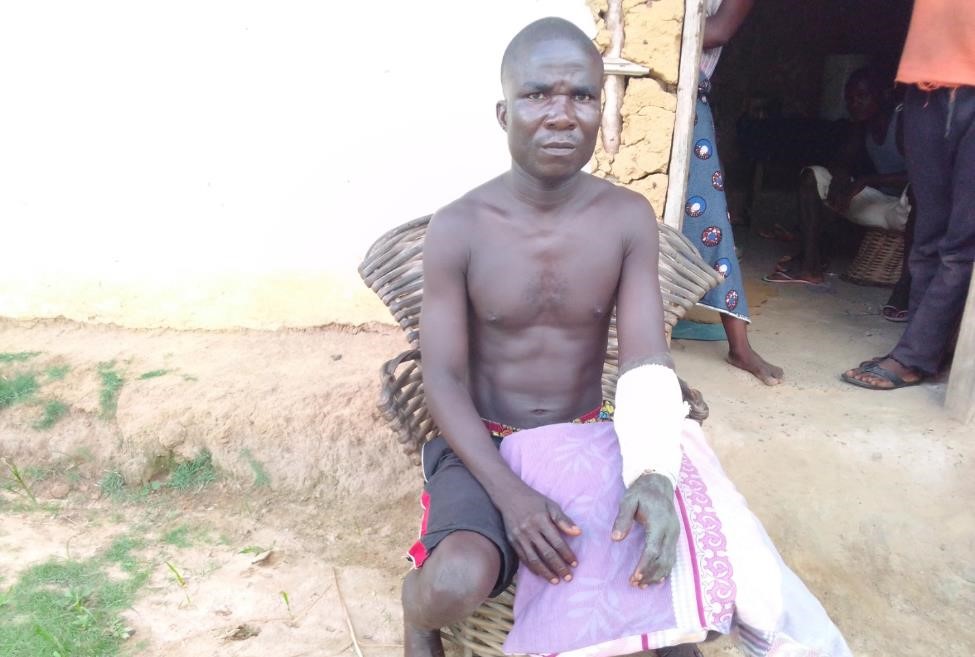 TAPPITA, Nimba – A 38-year-old man is accusing armed police officers assigned in Tappita of breaking his hand while they were enforcing the ongoing state of emergency.

Augustine Gbor, a father of four, told The Bush Chicken that the incident occurred on the afternoon of May 13 in Cassava Farm Community, on the outskirts of Tappita. He had gone to attend to his sick sister and, as he was returning home, Gbor said he met more than ten unidentified armed officers on the road who questioned him about why he was out after 3:00 p.m., past the nationwide curfew.

“While I was trying to answer them, one of the officers pushed me, and I fell on the ground, then another officer hit me with a gun on my hand,” Gbor explained, noting that the butt of the gun broke his hand. Recognizing the damage they had done, Gbor said the officers fled the scene, leaving him in pain.

He further explained that a passerby saw him and immediately contacted his pastor, who later rushed on the scene and took him to a herbalist for treatment.

Gbor said although the Tappita police commander promised to pay US$80 to treat his wound, feeding his family is now a major challenge, as they depended on the proceeds from his palm oil production enterprise.

Meanwhile, Commander Augustine Gbalea has promised to launch an investigation to establish what transpired. However, he said the investigation would begin after the victim recovers. He clarified that his decision to underwrite Gbor’s treatment was done on humanitarian grounds and not because the officers have been found guilty. 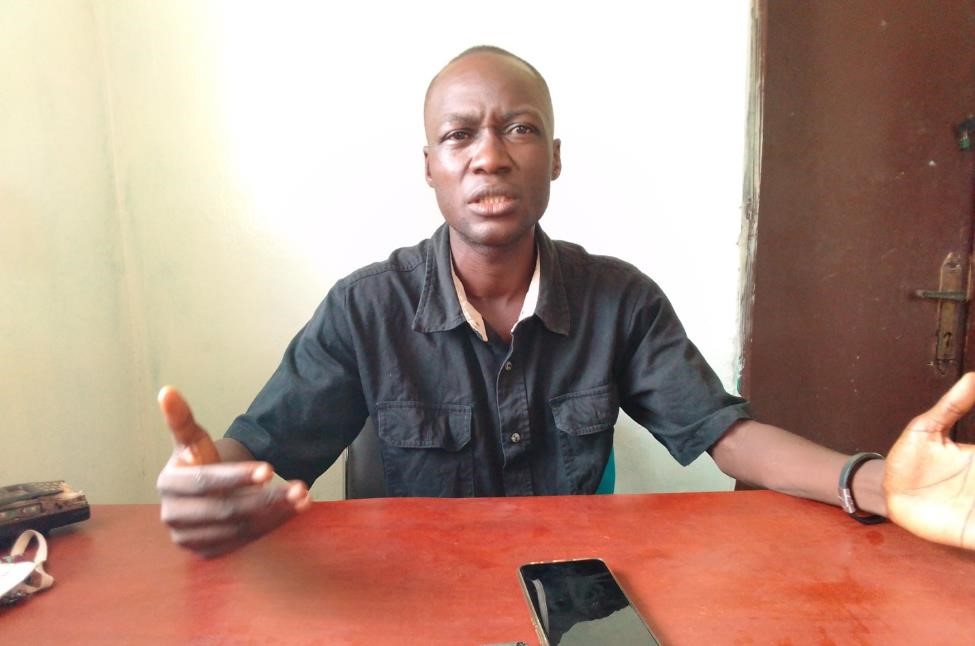 However, many Tappita residents are concerned that the victim will not receive justice because the armed officers were withdrawn from Tappita a day after the incident. Gbalea assured the public that the officers involved would be brought back to Tappita when the investigation commences.

Though it is the Professional Standards Division of the Liberia National Police’s responsibility to investigate police misconduct, Gbalea said he would begin the preliminary investigation into the matter since the incident occurred in his area of control.

While he says he does not want to preempt the outcome of the investigation, Gbalea says he received information from residents near the scene of the incident noting that there was no physical contact between the victim and the officers.

Gbalea said unnamed sources told him they saw Gbor in an area that officers were dispatched to conduct a raid. The raid reportedly caused many people to flee, and Gbor fell on his hand, which broke it.

Despite the information he received, Gbalea said he would still investigate the incident to establish the facts.

As for the abrupt departure of the armed officers, the police commander said this was due to a prior decision,  and Gbor’s incident did not trigger the withdrawal.

Tappita residents had already been concerned that the deployment of armed officers to the city could trigger police brutality. Additionally, unlike the Armed Forces of Liberia, which has a recent history of disciplining soldiers who have violated their policies, the Liberia National Police often ignores violations committed by its officers. The Bush Chicken’s co-founder recently wrote an opinion piece detailing his ordeal with police brutality and his unsuccessful attempt to get the police’s Professional Standards Division to investigate.