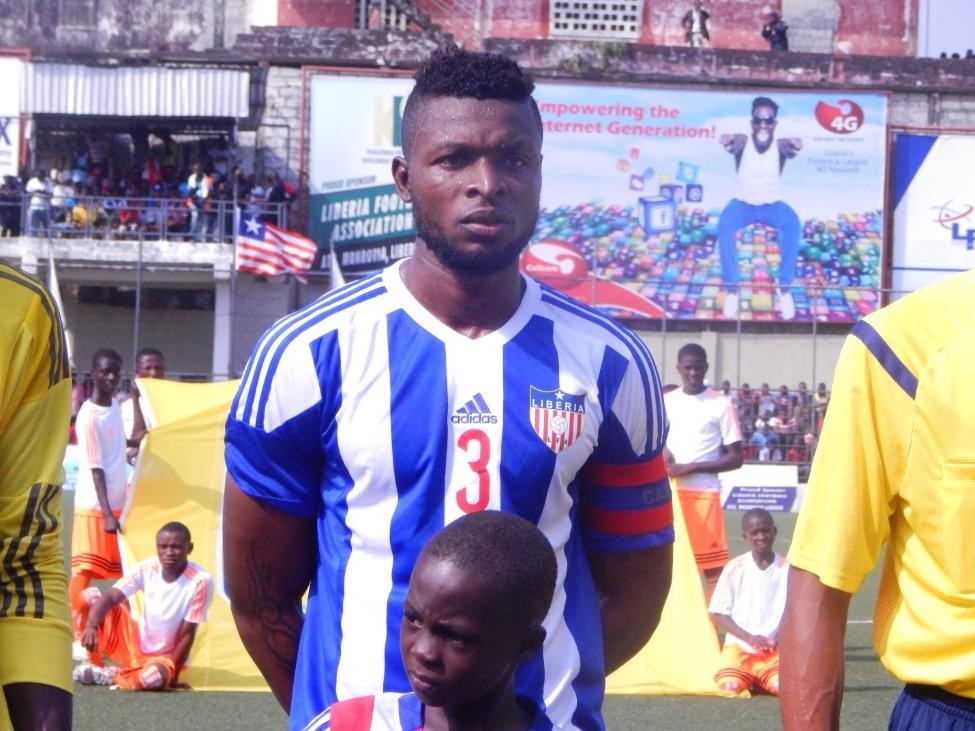 MONROVIA, Montserrado â€“ After Liberiaâ€™s disappointing performance in the Africa Cup of Nations opener, team captain Teah Dennis believes Liberia will learn from their mistakes to improve in their next match.

Liberia began the qualifying campaign for the continental tournament on a very disappointing note with a 3-0 defeat at Zimbabwe.

A hat-trick from former Kiazer Chiefs striker Knowledge Musona was enough to deny Coach James Debbahâ€™s men from getting a point away from home.

After the match, Debbah blamed his teamâ€™s defeat on the use of inexperienced players and the absence of his key players, including Anthony Laffor, William Jebor, Sam Johnson, and Alex Nimely.

However, Lone Starâ€™s captain, while admitting that his teamâ€™s performance in Zimbabwe was undesirable, remained optimistic about getting a win in the next fixture.

He told The Bush Chicken that the match against Zimbabwe has shown some of their weaknesses and the team will work on them until March 2018, when Liberia will play their second round qualifiers at home against DR Congo.

â€œToday wasn’t one of our best days as a team,â€ Dennis said after the match. â€œWe came here to win, but unfortunately, we were unable to get a point away from home. It was not the result we all wanted, but we have to accept it and build up for the next match.â€

Lone Star will return to Liberia on Wednesday, June 14 via the Roberts International Airport and James Debbah will resume work quickly in building his home-based players for the first-round qualifier of the African Championship of Nations against Mauritania in July. The tournament is restricted to players playing within their countries of citizenship.