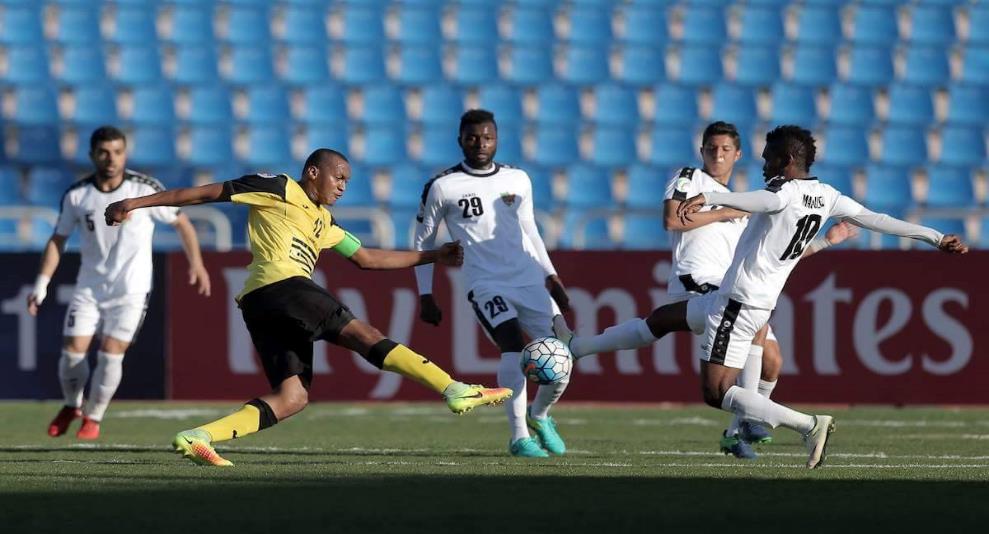 The disappointing start for Liberians playing in the 2017 Asian Football Cup has come to an end with victories on matchday three.

Across two different venues in Asia, three Liberians were in action for their respective clubs, ensuring they got the three points to keep alive their chances of qualifying past the group stage.

Goals from Senegalese striker Elhadji Malick Tall and Jordanian midfielder Ahmed Musa Al Essawi in the space of 14 minutes were enough to cancel Al Suwaiq, which took the lead through Yaseen Khalil Abdalla.

After playing to a goalless draw in the first half, it was the visitors that got the surprise lead in the 55th minute through Abdalla again. The lead sent shockwaves through the Ahli fans as they were afraid of losing at home. However, Senegalese striker Elhadji Tall restored hopes seven minutes later when he got the equalizer. Substitute Ahmed Essawi, who came on in the 64th minute, became the hero of the day by scoring the only goal that earned Ahli the three points at home.

Ahli is now seated third in Group A with five points from three games. The Jordanian side sits three points behind group leader, Al Zawra’a of Iraq and a point less than second place Jaish of Syria. Ahli will have the chance to finish second in Group A when they play at home against Jaish on April 18. A win for Ahli over Jaish could see them move to second with 8 points and will stand a chance of qualifying from the group stage.

Teah Dennis and Marcus Macauley’s celebration in the AFC Cup was joined by fellow Liberian, Zah Rahan Krangar whose club Felda United got its first win of the campaign. The Malaysian Super League club edged out Filipino side Ceres Football Club to get their first three points of the competition. Like Al Ahli, Felda had managed two draws from their previous two matches and needed a win at home against the visitors to boost their chance of qualification. Felda showed they were out for business against Ceres by taking an early lead. Just six minutes into the first half, Mohd Syahid got to the back of the net to give Felda the lead in Shah Alam Stadium. The early goal conceded turned the match into a difficult one, as Ceres began a search for an equalizer. However, they failed to get a goal but prevented Felda from doubling the lead until the end of the first half.

The one-goal lead looked secure for Felda United as they returned from the break stronger than they were in the first half. The Fighters, as Felda is nicknamed, doubled the lead in the 64th minute through Muhamad Hadin. With 14 minutes to the end of the full 90 minutes, the match was laid to rest when Malaysian midfielder, Mohd Fazrul Hazli added Felda’s third goal in the match.

Felda’s victory took them to second in Group G with five points from three games, three points behind leaders Ha Noi and level on points with third place Ceres.