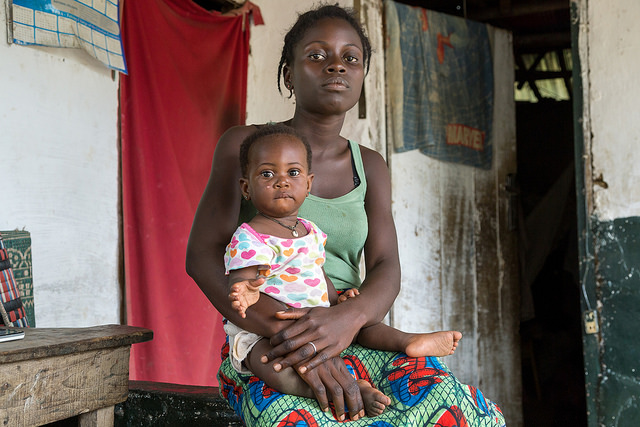 MONROVIA, Montserrado – News broke that last week,Â  Salome KarwahÂ Harris, one of the individuals recognized by Time Magazine as Person of the Year for their contribution in the fight against Ebola, had died.

Harris, who had survived Ebola, used her immunity to the disease to care for patients in treatment units where many doctors and other healthcare workers were reasonably afraid to venture.

Ironically, while Harris survived a disease that conjures up fear in the minds of many, she appeared to have succumbed to a quiet public health crisis.

After delivering a healthy child via caesarean section, Harris died from complications three days later. Her case highlights the work that Liberia still needs to do in improving its health sector. While theÂ infusion of large sums of donor cash has improved the country’s capability to detect epidemics, persistent challenges, like ensuring the health of a pregnant mother and child, remain.

On Jan. 11, various stakeholders within the health sector in Montserrado held a conference at the Golden Key Hotel to formulate strategies on the reduction of maternal deaths in the country.

The World Health Organization reports that maternal deaths have been reducing in the country, although that figure was listed as 640 deaths for every 100,000 live births in 2013. In Montserrado, teenagers are accounting for a significant amount of the deaths. Dr. Yatta S. Wapoe, the Montserrado county health officer, disclosed that teenage pregnancy accounted for 18 percent of the total of 75 maternal deaths reported in the county for 2016. Among the causes of the maternal deaths, Wapoe named hemorrhage, hypotension, infections and pre-existing medical conditions.

Frances Sumo, a certified, traditional midwife from Crozorville Clinic told The Bush Chicken that the refusal of pregnant teenagers to seek advice from health workers is a major problem.

â€œThey also do not regularly attend hospital for their medication,â€ she added. Sumo believes that the lack of maternal waiting homes and ambulances for pregnant women, especially in less urban areas, is a major challenge.

To ensure that the rate of maternal mortality goes down, Wapoe, the county health officer, says the health sector has been strategizing on a maternal and newborn mortality reduction roadmap with cost-effective interventions. Furthermore, Wapoe suggested that maternal death figures reaching the Health Ministry from hospitals in Montserrado may be lower than the actual figures. She said hospitals may be underreporting because they fear â€œaction against them.â€

Dr. Samson K. Arzoaquoi, the assistant minister for preventive services at the Ministry of Health, said Liberia has one of the highest maternal mortality deaths rates in the world and the conference was very important to help resolve that issue.

He attributed the high maternal deaths to many issues, including the lack of adequate health facilities in all parts of the country.

Another contributing factor to the rise of maternal deaths in the country, according to Arzoaquoi, is that some pregnant women prefer health providers who are informal but also less safe, such as a family member or aÂ traditional midwife.

At the John F. Kennedy Medical Center, which records one of the largest numbers of deaths in the county, Dr. Solomon V. Harris, said late referrals, a shortage of staff, inadequate supporting services, and the lack of laboratory and diagnostic equipment contributed to lost lives.

Harris explained that there is an urgent need to adequately train midwives and nurses at the various primary health care facilities in Monrovia on early recognition of high-risk patients.