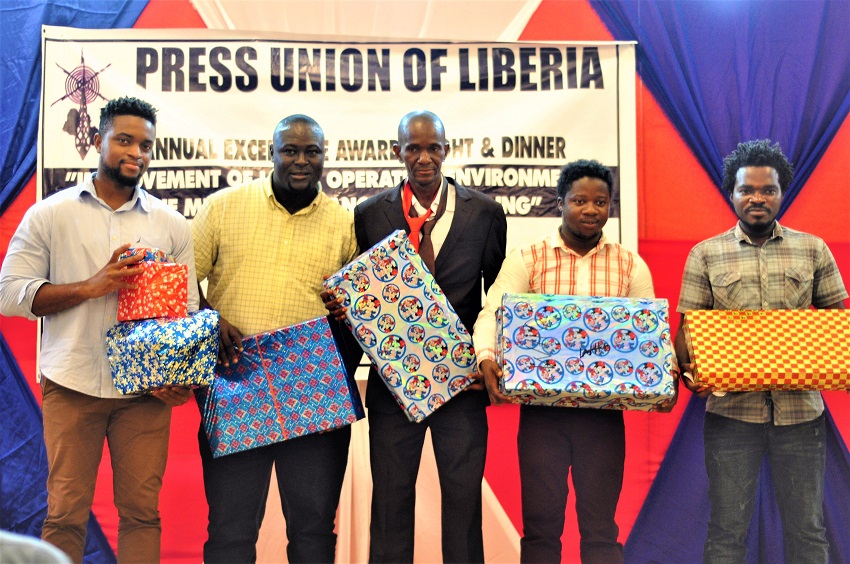 PAYNESVILLE, Montserrado â€“ The Press Union of Liberia has held its annual awards event, with reporters of The Bush Chicken topping the list of this yearâ€™s award recipients.

The event took place on Friday at the Paynesville City Town hall.

Each annualÂ awardsÂ program, according to the union, is intended to identify and honor the work of journalists and media institutions that perform with distinction.

The committee decided against giving the awards based on voting, including Journalist of the Year, Radio and TV stations of the Year, Newspaper of the Year, and Community Radio Station of the Year awards.

The five prizes are usually determined through voting by peers within the industry. Media institutions can nominate institutions or journalists for scrutiny by a select group of professionals who make up the PUL Awards Vetting Committee.
Jonathan Paye-layleh, the committeeâ€™s acting chairman, said nomination forms were given to media institutions to make nomination for honorees in the categories but the number of entries did not reach a significant number to allow a decision to be made.

â€œAlong with the National Media Council, the PUL Excellence Awards are at the heart of the Unionâ€™s self-regulatory regime, which encourages journalists to remain ethical at all times in the discharge of their duties,â€ a release from the organization read.

According to the union, the annual awards night was largely funded by USAID through its Liberia Media Development project being managed by Internews. Other providers of prizes it says were UN Women, UNDP and WHO among others.
The event brought together journalists, media development partners, and government officials.

2 hours ago by Jerry Myers

11 mins ago by Ida Reeves