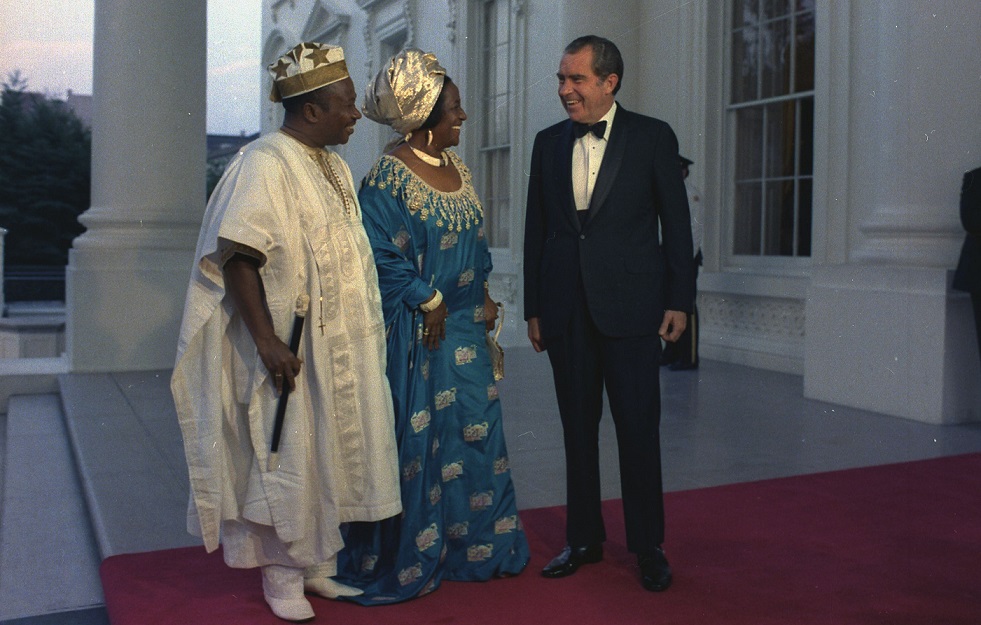 When Liberian President William Tolbert was slaughtered on the top floor of his executive mansion on the early hours of Aril 12th, he knew that his presidency was under threat from several corners.

Alhaji Kromah, who would later serve as minister of information under Samuel Doe, has written that several of Tolbertâ€™s own officials, upset with his friendly relations with socialist nations and his refusal to take a hard line against the opposition, had their own plans to remove Tolbert from office.

Several of these old guard government officials were executed by the new military government on April 22, ensuring that they took their secrets to the grave. The Monrovia rumor mill speculates that their plan was to refuse to allow Tolbertâ€™s plane to return to Liberia after his scheduled trip to attend the independence celebration of Zimbabwe on April 18th.

Aside from the internal threats, Liberiaâ€™s Truth and Reconciliation Commission notes that at the time of Tolbertâ€™s death, â€œboth the CIA and the Pentagon were now prospecting for leadership change in Liberia, lending support to Major William Jebor, a U.S. trained Ranger.â€

Details on Jebor are scarce, but unlike most of the members of the Liberian armed forces who had trained alongside U.S. personnel, Jebor actually received training in the US, at Fort Benning, Georgia.

John Thomson, a member of the U.S. military mission in Liberia at the time of the coup, notes that following the deadly April 1979 riots resulting from a protest against plans to increase the price of rice, Jebor became the head of an elite Armed Forces of Liberia commando unit, charged â€œto protect the president and Liberian government, should difficulty arise at the capital.â€

The Liberian army, which suffered from problems of late pay and poor housing, had sided with looters during the rice riots and generally proved its complete unreliability in defending the state.

However, Richard Tolbert, the presidentâ€™s nephew, recalls meeting Jebor about a year before his uncleâ€™s death and being impressed by both his demeanor and physical appearance. Richard remarks that he was at one time the head of the University of Liberia Reserve Officersâ€™ Training Corps and was immensely popular, an assessment echoed by Thomson, who had worked closely with Jebor and calls him a â€œcharismaticâ€¦hero of the people.â€

While Jeborâ€™s motives and goals remain enigmatic, two intriguing points are clear. He was seen as a threat by the Peopleâ€™s Redemption Council, Doeâ€™s incoming government, and he was in dialogue with the U.S. in the aftermath of the coup. Thomson states that Jebor and his team of elite commandos were just outside the Executive Mansion when the radio operator received word that Tolbert had been killed and that all officers should be arrested. An internal argument ensued and Jebor escaped amid the confusion.

The Tolbert family notes that immediately after the coup, Jebor spent several days in hiding at a family property in the Monrovia suburb of Sinkor that was leased by U.S. military personnel.Â  After approximately a week, he was informed by his American hosts that his safety could be no longer guaranteed and that he should leave (Thomson notes that Jebor left to connect with his family).

While Thomson notes that Jeborâ€™s commandos had been angling to save Tolbert, the majority of observers, such as Richard Tolbert, note that it is believed that Jebor and Doe separately commanded two different groups, both with the intention of overthrowing the state.

Doeâ€™s minister of information, Emmanuel Bowier, who was also a functionary in Tolbertâ€™s governing True Whig Party, tells a more nuanced story.Â  He emphatically states that the coup â€œwas externally driven.â€ He adds that given his ties and advanced training, the U.S. initially looked to Jebor to lead the coup, only to backtrack when the US Embassy was informed that he was related to Togba Na Tipoteh, a leading dissident with a Ph.D. from the University of Nebraska who was perceived as a radical pan-African socialist. According to Bowier, the U.S. double-crossed Jebor, and he was sidelined once these alleged family ties were disclosed.

Following the success of Doeâ€™s coup, the new government launched an all-out blitz to capture Jebor. He was accused of killing Doeâ€™s brother and Tolbertâ€™s deposed vice-president, the Methodist Bishop Bennie Warner, had said several weeks after the coup that he would â€œput on a uniform and join him if I knew how to reach him.â€

At some point in May, William Jebor was captured and killed by the PRC, allegedly while crossing a river at the Sierra Leonean border. Thomson notes that Jebor clearly had help that enabled him to evade the clutches of the new government and speculates that it may have come from â€œthe U.S. or other foreign governments.â€

So ended one of the most mysterious aspects of the intrigue associated with the overthrow of President William Tolbert.

Editor’s note: A previous version of this piece misspelled Jebor’s name as ‘Jarbor.’Â